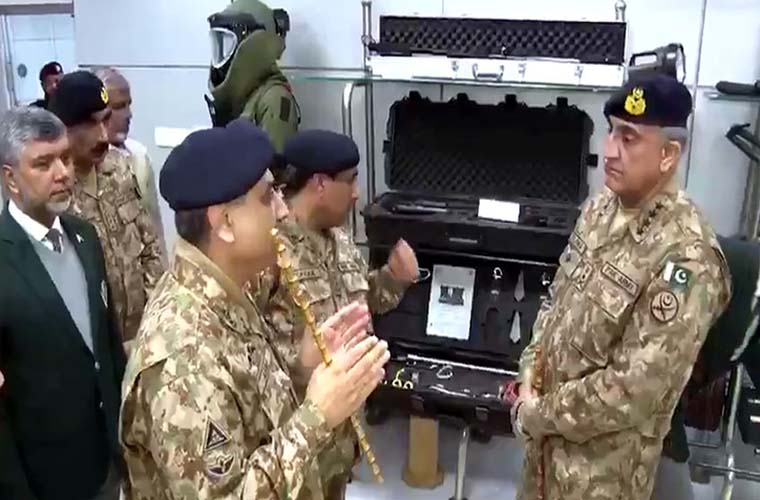 He inaugurated state of the art Electronic Warfare and Ground Surveillance Radar testing laboratories on the occasion.
NRTC has indigenously developed EW equipment and GSR radars for the Armed Forces of Pakistan.
Chief of the Army Staff lauded the role and unrelenting efforts which NRTC made during last 3 years.
He also assured them of his full support to Corporation in its innovative initiatives.
NRTC is a World-Class Information Communication Technology & electronic equipment manufacturer and solution provider.

According to ISPR, Pakistan on Thursday conducted a successful training launch of surface to surface ballistic missile.

The missile is capable of delivering multiple types of warheads up to a range of 290 kilometers.
The President, the Prime Minister, the Chairman Joint Chiefs of Staff Committee and the Services Chiefs have congratulated the nation.
They congratulated nation on this landmark achievement.
The training launch was part of Field Training Exercise of Army Strategic Forces Command.
However, it aimed at rehearsing operational readiness procedures during day and night.