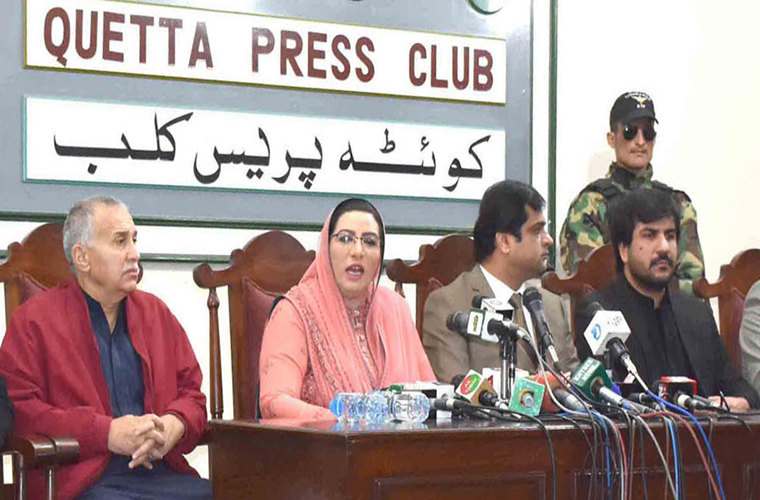 Rs0.5m to family of each deceased of rains related cases in Balochistan announced.

Special Assistant on Information and Broadcasting Dr. Firdous Ashiq Awan made this announcement on behalf of federal government.

Rs0.5m to family of each deceased

She also announced Rs50 thousand to the injured of the recent incidents of rain and snowfall in Balochistan.
She said this while addressing a press conference in Quetta today (on Thursday).
Furthermore, she said that the Centre would pay Rs50 thousand to every person whose house has been destroyed.
According to the government, the rains and snowfall related incidents killed twenty people and injured twenty-three.
However, seventy-three houses destroyed due to such incidents in the province.
Awan said the federal government will fully support the provincial government in provision of assistance to the people whom rains and snowfall badly affected.
She said the federal government is committed to the development of Balochistan considering the province’s progress as progress of Pakistan.
She said several projects are being implemented in Balochistan under China-Pakistan Economic Corridor.
Moreover, she said these would provide employment opportunities to the youth besides enhancing their capacity.
While referring to Prime Minister Imran Khan’s speech at World Economic Forum, she said the PM effectively and forcefully presented the narrative of Pakistan.
She noted PM’s statement that the country will not become part of any conflict in the region; rather it will partner in peace.