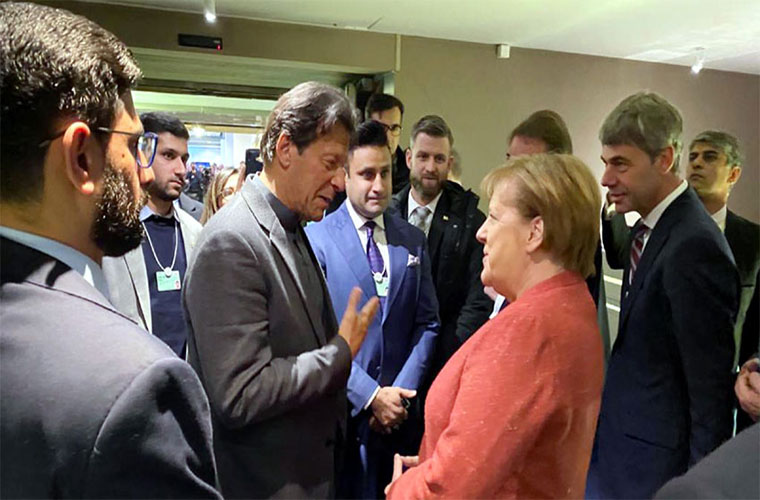 She made this invitation during a meeting with Prime Minister of Pakistan in Davos.

Both had a meeting on the sidelines of World Economic Forum on Thursday.

The daughter of US President Ivanka Trump frankly conversed with Imran Khan.

Meanwhile, Prime Minister of Jordan Omar Razzaz and Chairman of the Board of Marubeni Corporation, Japan Fumiya Kokubu also called on PM.

Earlier, US President Donald Trump and Prime Minister had also held a meeting there.

He said he had accompanied Prime Minister during one-hour meeting with Trump.

During the meeting, US President Donald Trump has again offered to play a role regarding Kashmir issue.
He repeated that offer, while talking to the media before a formal meeting with PM Khan.
The US President told them that we (US) have been closely monitoring the situation in occupied Kashmir.
Trump further said he would discuss the Kashmir issue with Prime Minister Imran Khan.
He said Pakistan and the United States enjoy good relations.
The two countries were never as much close as they are today, he asserted.
Donald Trump said Imran Khan is his friend and he is happy to meet him again.
GTV