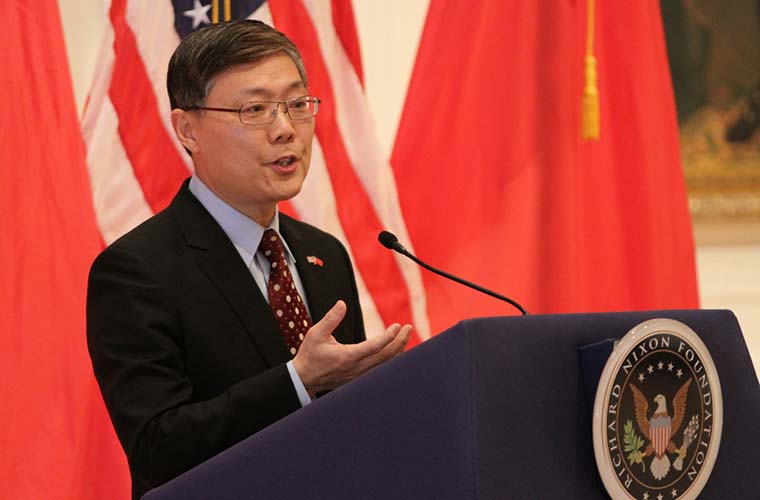 Liu Jian had also served s ambassador of China to Malaysia, Pakistan and other countries.
He also highlighted the new envoy’s experience and familiarity with Afghanistan.
He said that China had been actively participating in and promoting the peace and reconciliation process in Afghanistan.

Meanwhile, Geng Shuang said China attached great importance to communication and coordination with relevant parties and international cooperation related to Afghanistan.
Moreover, he said China will continue to play a constructive role in the early realization of peace and stability in Afghanistan.
The FM spokesman also lauded the services of former special envoy for Afghanistan of the Ministry of Foreign Affairs, Deng Xijun.
He said Xijun made active contributions to promoting the political settlement of the Afghan issue while recently served as the new Chinese Ambassador to ASEAN.