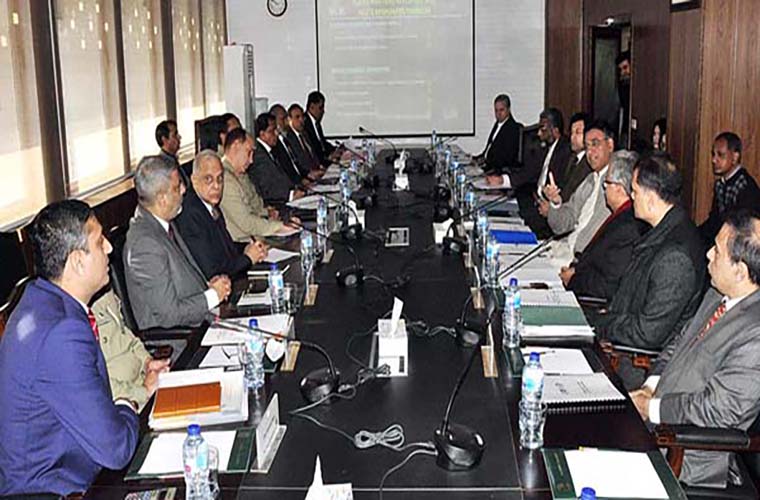 Federal Minister for Planning, Development and Special Initiatives Asad Umar chaired the 63rd meeting of the NLC National Logistic Board.

Director General National Logistic Cell (NLC) briefed the participants about the operational, administrative and financial matters of the organization.

However, he laid special emphasis on NLC’s future development plans.

The Board approved NLC’s budget and appointment of external auditors.

Meanwhile, the Board also discussed proposals of NLC for undertaking projects in the future.

The minister said that NLC had an important role to play as a major logistics service provider in the country and hoped that it would continue to keep itself abreast with emerging technologies and innovative concepts in its core business.

He said that the Board would meet regularly to provide strategic direction to the organisation.

He further dilated that professionalism, strict financial discipline and adherence to best market practices were vital for achieving sustained growth.

The Minister hoped that NLC would continue to play its due role as a leading logistics organization of the country.

The Board appreciated vision 2028 of NLC and long term and short term objectives set forth in the vision.
It was decided that NLC would submit its plans and strategy for the next three years in the next meeting.

Widespread rain with snowfall over hills in some parts predicted