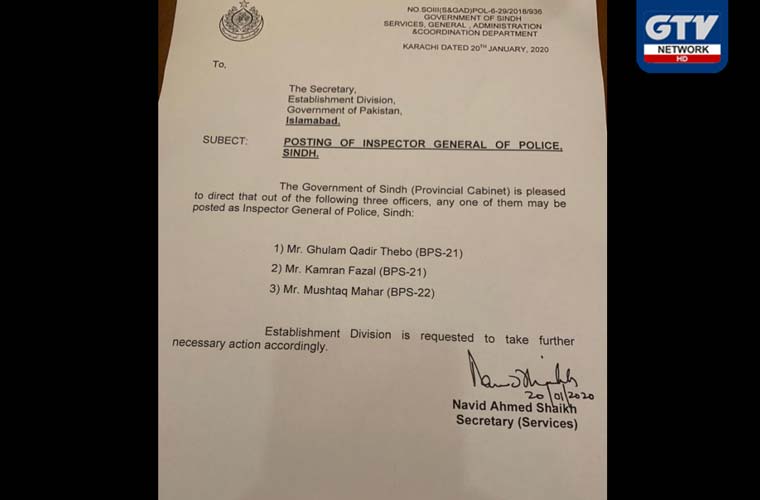 Sindh govt recommends Thebo, Mahar and Fazal for IG Sindh police while the cabinet had already approved transfer of Kaleem Imam as IG.

The senior most grade 22 Mushtaq Mahar named third and last in the list of three. Sindh government preferred grade 21 officers to him.

However, GTV reported on January 15 about these three names. Sindh cabinet had approved transfer of Kaleem Imam as IG police.

Even today, Minister Ghani asserted no deadlock while making another claim on the career  of Kaleem Imam. He further said that it remains to be seen which province would agree to accept him.

Moreover, Saeed Ghani told the media in Karachi that the issue would be resolved within a day or two.

The last answer from Centre

But, federal government had told the Sindh government that Kaleem Imam would stay as IG Sindh until appointment of his successor.

Establishment Division had said this in a reply to Sindh government’s recommendation for transfer of Kaleem Imam.

However, it also informed that that Kaleem Imam would continue as IG until further orders.