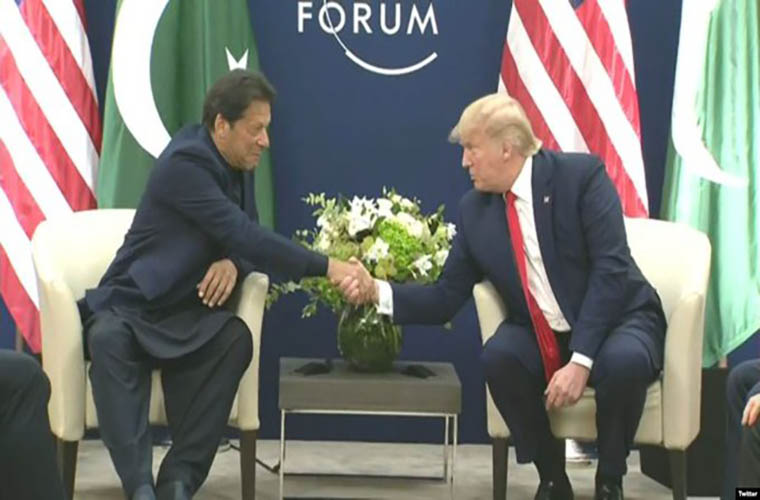 Prime  Minister meets US President Trump and other leaders at Davos World Economic Forum today.
Imran Khan met Azerbaijan president and Singapore PM on the sidelines of WEF.
During the meeting, US President Donald Trump has again offered to play a role regarding Kashmir issue.

He repeated that offer, while talking to the media before a formal meeting with PM Khan.
The US President told them that we (US) have been closely monitoring the situation in occupied Kashmir.
Trump further said he would discuss the Kashmir issue with Prime Minister Imran Khan.
He said Pakistan and the United States enjoy good relations.
The two countries were never as much close as they are today, he asserted.
Donald Trump said Imran Khan is his friend and he is happy to meet him again.
Meanwhile, Imran Khan said that Pakistan desires peace in the region and will continue playing a role for regional peace and stability.
He said the Afghan issue will be discussed with the US President.