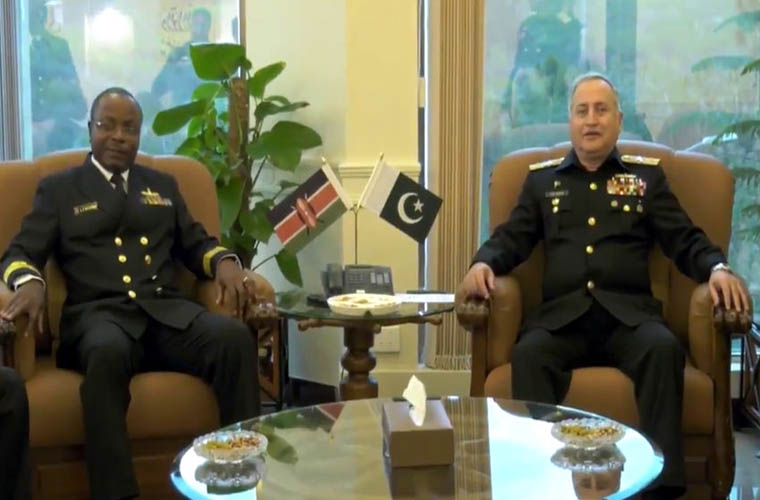 During conversation, the Naval Chief highlighted Pakistan’s commitment in fight against terrorism.

He also underlined Pakistan Navy’s contributions for ensuring maritime security and peace in the region.

They apprised him of the plight of Kashmiri people in the backdrop of abrogation of Articles 370 and 35-A of Indian Constitution.

Moreover, they told him of Pakistan’s continued support to the just and rightful struggle of Kashmiris.

Later, the Kenya Navy commander had introdutory meetings with the Chiefs of Staff and Principal Staff Officers.