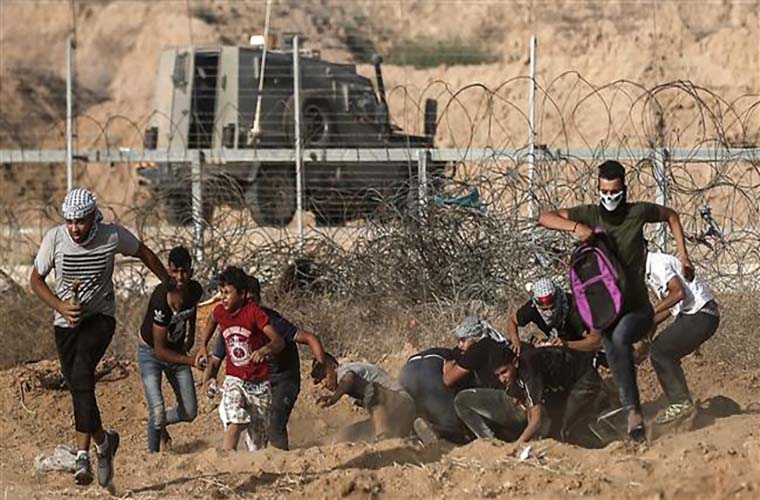 Israeli forces kill three Palestinian youth in Gaza while accusing them of having crossed the Gaza border fence.
According to an AP report, the Israeli military said its soldiers killed three Palestinians.

It also blamed the victims of throwing an explosive device at troops on Tuesday.
No further detail was immediately available about the victims.
The Israeli army regularly guns down Palestinians in Gaza.
And they regularly accuse them of attempting to enter the (occupied) territories or carrying out attacks on its forces.

Israeli forces have killed about 310 Palestinians ever since the anti-occupation protests began in Gaza.
More than 18,000 other Palestinians have also sustained injuries.
However, Palestinians resistance continue unabated despite Israeli brutalities against them.
The Gaza clashes reached their peak on May 14, 2018, on the eve of the 70th anniversary of Nakba Day (Day of Catastrophe).
That coincided with the US embassy relocation from Tel Aviv to occupied East Jerusalem al-Quds.

Gaza remains under Israeli siege since June 2007 that caused a decline in living standards.
Israel has also launched three major wars against the Gaza enclave since 2008.
During those wars, Israel had killed thousands of Palestinians in Gaza each time while shattering the impoverished territory’s already poor infrastructure.