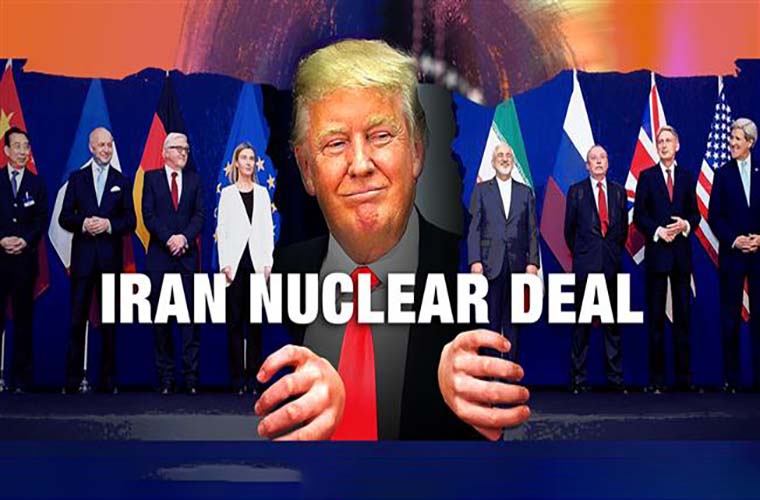 Iran to quit nuclear accord if nuclear case goes to UNSC, said Foreign Minister Javad Zarif.
This warning has come from Iran after efforts from some parties to do so.
But Iran government also had been saying that such efforts being made under US pressure.
Iranian parliament’s website quoted Foreign Minister Mohammad Javad Zarifas saying  that Iran also has different options.

Iran to quit nuclear accord

He added that if Europeans return to commitments Iran will also stop reducing its commitments.
However, if the Europeans continue as they have been Iran has different options.
On behalf of Europe/EU, Britain, France and Germany had signed the nuclear deal with Iran.
US President Donald Trump unilaterally withdrew from the deal.
China and Russia seems to have sided with Iran due to its legitimate complaints.
The European countries failed to honour their commitments in the deal.
United States imposed more and more sanctions under the maximum pressure policy.
Technically, the nuclear deal died the day when US withdrew from it unilaterally.
It was 5 plus 1 deal. In other words it was E3-EU3 (UK, France and Germany) which had initiated nuclear talks with Iran.
During the government of President Khatami, Iran voluntarily accepted cap on its nuclear activities.
Later government of President Ahmadinejad resumed the suspended activities.
Finally, big powers, including 5 permanent members of UNSC plus Germany signed a deal with Iran under President Rouhani government.
Iranians have made public their dismay that they continue to suffer due to sanctions, hence they cannot comply with the deal unilaterally.
GTV