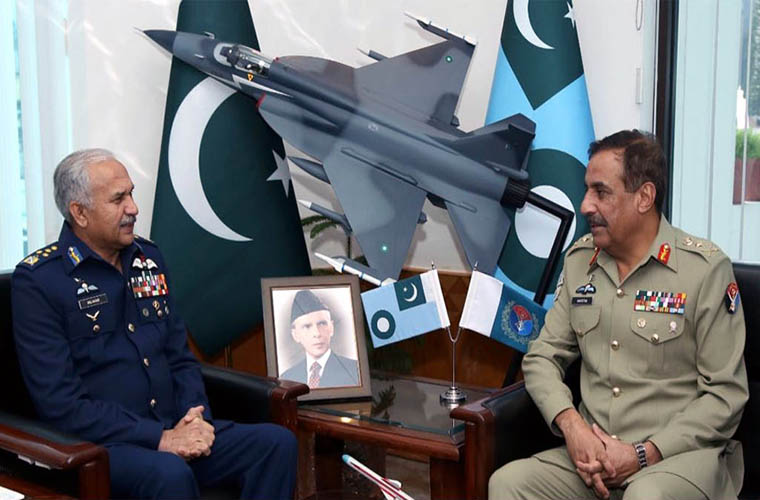 He said this while talking to Air Chief Marshal, Mujahid Anwar Khan during his visit to Air Headquarters in Islamabad today (Tuesday).

He also lauded the level of motivation among PAF personnel.

He noted that in line with the glorious traditions of Pakistan Air Force.

Both of them also discussed matters of professional interest.

The Air Chief highlighted various ongoing projects being carried out by PAF.

Earlier, on his arrival at the Air Headquarters, General Nadeem Raza was received by Air Chief Marshal Mujahid Anwar Khan.

A smartly turned out contingent of Pakistan Air Force presented him the Guard of Honour.

He also laid floral wreath at the Martyrs’ Monument to pay homage to the PAF Martyrs.