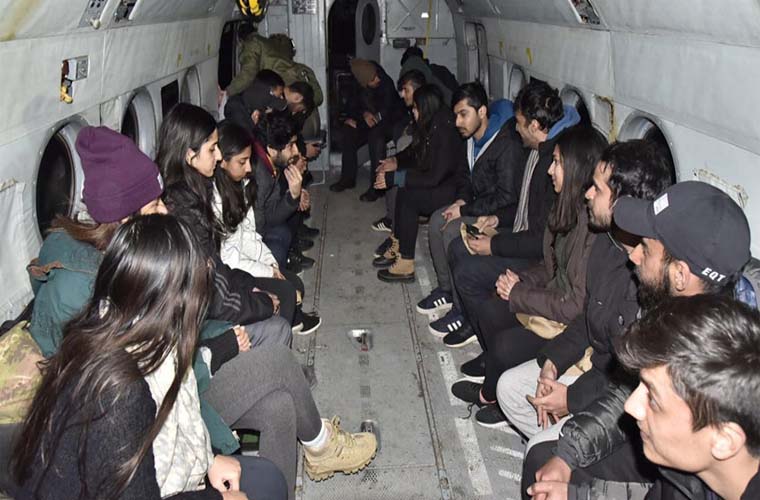 Because of their request, Chief of Army Staff directed the rescue teams for immediate helicopter lifting of the stuck students.
All students, including thirteen males and nine females, have reached Rawalpindi.
According to the latest reports, they were on way to their homes.