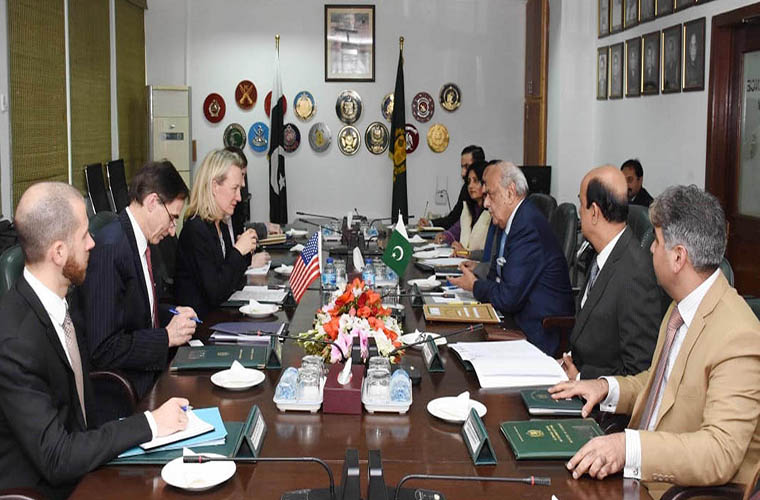 Pakistan government source said that the United States official Well appreciated Pakistan’s efforts regarding the compliance with FATF.
The appreciation came during a meeting with Federal Interior Minister.
The government of Pakistan briefed US delegation on significant progress on both legislative and administrative matters.
It also informed about completion of execution process to a greater extent in this regard.
While referring to the issue of illegal immigrants, the Interior Minister said the government has successfully managed to streamline the process to curb the menace.
Alice Wells also lauded the steps which Pakistan took on the matter of illegal immigrants.
The two sides agreed to work together for enhancing the bilateral ties.

US diplomat for South Asia Affairs

The story of Panama, Pandora and now Swiss accounts, steal money then send it out, Fawad Chaudhry