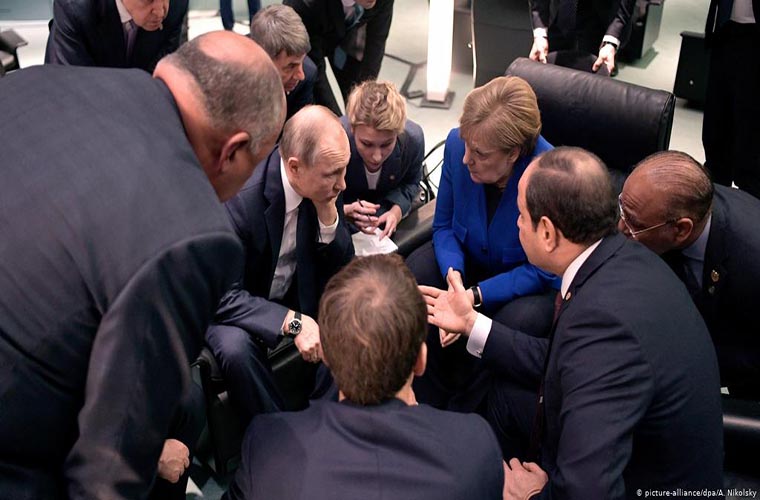 The leaders agreed to uphold a UN arms embargo and end military backing for the North African country’s warring factions.

German Chancellor Angela Merkel made the announcement at peace summit in Berlin.

She said we all agreed that we should respect the arms embargo, and that it should be controlled more strongly than it has been in the past.