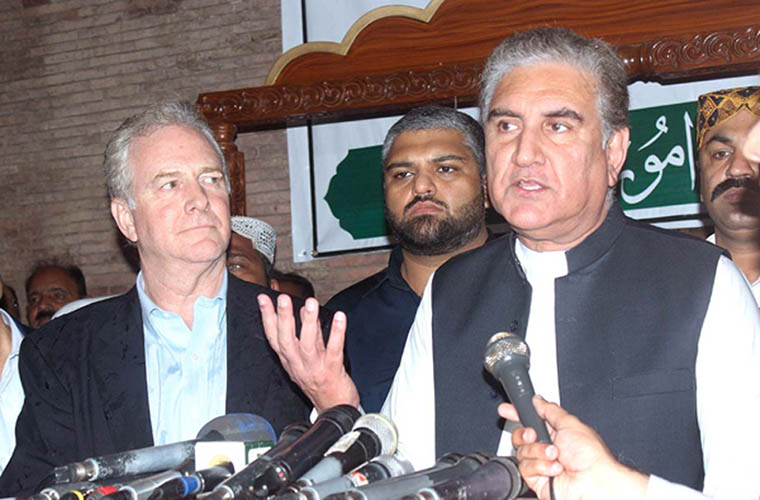 Democratic member of the US Senate Chris Van Hollen referred to historic perspective of US-Pakistan relations.

He said that the US and Pakistan had remained partners in their peaceful efforts in the South Asian region.

He also expressed his gratitude for the warm welcome accorded to him during his visit to Pakistan in October last year.

During his stay, Hollen had also visited Azad Jammu and Kashmir.

During their special meeting in Pakistan House Washington, Qureshi said that Pakistan attached high priority to its ties with the US. APP reported quoting a press release.

He further said that Pakistan wants to further strengthen them through promotion of strategic partnership.

Qureshi informed him about the continuous lockdown of Indian Occupied Jammu and Kashmir (IOJ&K).

He said the lockdown entered into fifth month besides illegal restrictions and the serious law and order situation there.

He also appreciated Hollen’s principled stance over the continuing grave human rights violations in the IOJ&K.

Furthermore, he said that Indian government’s policies, state sponsored aggression and its steps of pushing the minorities against the wall had seriously endangered peace in the entire South Asian region.

He also reiterated that Pakistan along with US remain keen to resolve the Afghan issue through political means.

He observed that the whole region would benefit from a durable peace in Afghanistan.

The foreign minister also highlighted Pakistan’s efforts for peace and de-escalation of situation in the Middle East.