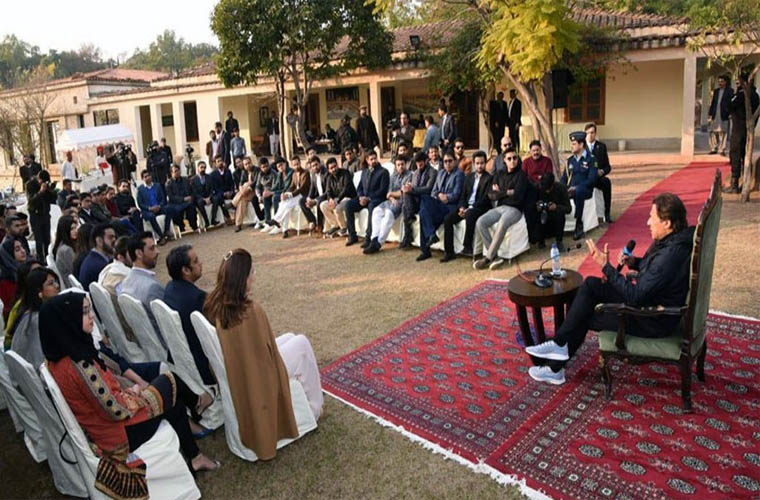 Pakistan has always wanted peace and is still playing a role in this regard.

He said, while talking to a delegation of youth from various walks of life in Islamabad today (Saturday).

He said that fascist Modi government is putting the regional peace and security at stake.

Prime Minister said Modi govt was doing so to help realize their dream of Hindu Rashtra.

He referred to unjust occupation of Kashmir and amendment to citizenship law in India.

PM Khan called them as embodiments of the completion of racist designs of India.

He urged to present the case of oppressed Kashmiri people before the world through digital media.

He said Pakistan Tehreek-e-Insaf and federal government have decided to observe fifth of next month as Kashmir Solidarity Day.

Khan emphasized the need for strategy to effectively utilize digital media for highlighting true image of Pakistan at international level.

He said that the government started Ehsaas program and shelters for the poor people.

Prime Minister  vowed to continue fighting against corruption and mafia till the end.

He also underlined the need to highlight tourism potential of Pakistan through digital media.

Specially, he highlighted Pakistan blessed with some of the most scenic places on earth.