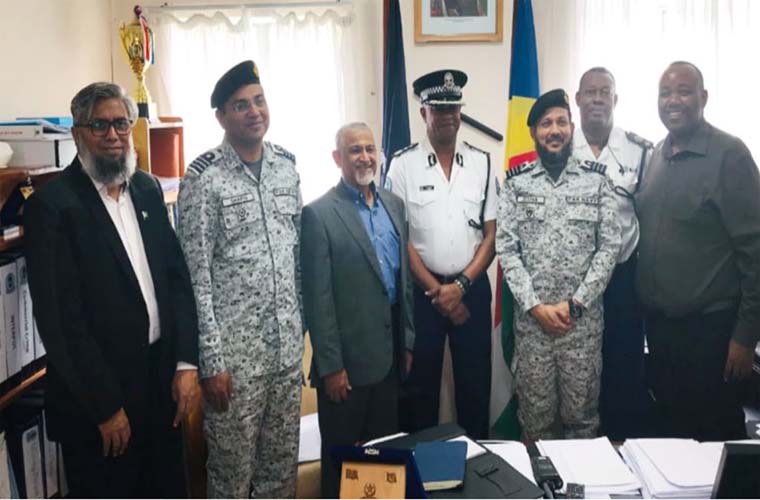 Two ships of Pakistan Navy visited port Victoria of Seychelles in the last leg of their visits to Africa.

According to the spokesperson of Pak Navy, the mission commander of the ships held meetings with the military leadership of Seychelles.

Furthermore, he discussed matters related to mutual interest including promotion of maritime cooperation.

The mission commander and commanding officers of Pakistani ships also visited a facility established for welfare of poor children in Victoria.

They distributed gifts amongst them.

The team of Pakistan Navy also established and a free medical camp.

Pak Navy doctors and paramedics provide treatment facilities to thousands of Tanzanians.
Two ships of Pakistan Navy reach Tanzania
During the visit, the Mission Commander and Commanding Officers of the visiting ships called on senior Tanzanian officials. They included the Chief of Tanzanian Navy.
Moreover, they discussed promotion of bilateral maritime cooperation.
On the occasion, Indian atrocities in occupied Kashmir also came under discussion and Pakistan’s stance was clearly highlighted.