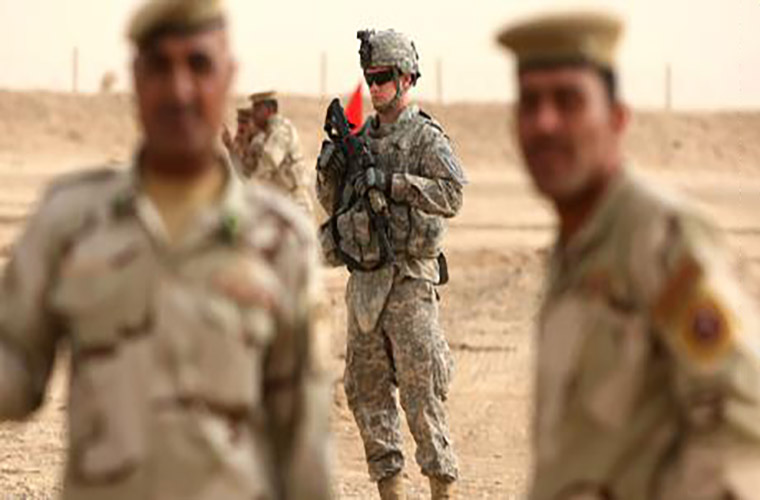 CNN predicts embarrassing end to US operation in Iraq while Iran power will grow.
According to its report today, the US is facing the possibility of being kicked out, and that would be a big win for Iran.

It reported that Donald Trump hasn’t pulled his troops out of Iraq, despite his pledge to end America’s grinding wars.

It turns out he may not have to. (Hence,) the US is facing the possibility of being kicked out. And that would be a big win for Iran.
Officials in Iraq’s parliament started a process to end the presence of foreign troops in the country.
The CNN also noted powerful blocs in Iraq have unbreakable ties to Tehran,
That shows a clear riposte to the US after it killed top Iranian commander Qasm Soleimani in a drone strike.
In the wake of the strike, joint US-Iraqi operations against ISIS were put on hold.
Iraq’s caretaker prime minister said a US troop withdrawal was the only way to “protect all those on Iraqi soil. But this week he said that decision would be up to the next government.
But a US withdrawal could bring even more trouble, experts say.

ISIS continues its attacks in the country, and without US and other foreign troops, the group would have more room to resurge. (But independent analysis had it that ISIS came into being in the huge military presence of US).
At the same time, Iran will be able to expand its already far-reaching powers in Baghdad.
Tehran and Washington have competed for influence in Iraq since the US 2003 invasion.

In that battle, Iran is already winning.
Its consistent and coherent strategy, which the US lacks, has allowed Tehran to gradually weave itself into the fabric of everyday life in Iraq.
It has capitalized on years of war and occupation to form militia groups that have become official factions of the Iraqi military,.
However, economically, it provides an enormous amount of exports that Iraqis have come to rely on.
Furthermore, it has made surrogates out of senior Iraqi government officials and members of parliament.
Because of those links, the Iraqi parliament’s decision to side with Iran after the attack on Soleimani is not surprising. The strike appears to have backfired, to the benefit of Iran’s long-term goal: getting the US out of the region.

“Iran is the most influential state in Iraq now,” said Fawaz Gerges, a professor of international relations at the London School of Economics and Political Science. “That power is only going to grow if the US leaves.”
He said that the most important challenge for Iraq now was not ISIS, but rebuilding a working nation — fighting corruption, changing the sectarian-based government to one based on citizenship and professionalizing the army, for example.
Gerges said Iran isn’t interested in those goals while a US withdrawal would embolden it further its reach across the Middle East.
He said if the US leaves, people across the region will think that despite his flowery rhetorical devices, Trump does not really have a strategy for the Middle East. And at the end of the day will fold and go home.
Being forced out would be a humiliating end to the US’ long mission in Iraq, which has sucked up hundreds of billions of US taxpayers’ money. The US also left thousands of US soldiers dead.

US Secretary of State Mike Pompeo has denied the US will leave, but pointed to a possible reduction of numbers.
Gerges sees that proposal as a face-saving exercise for the US that could allow the American troops to stay in small numbers for the fight against ISIS but essentially begin the process of withdrawal.
GTV