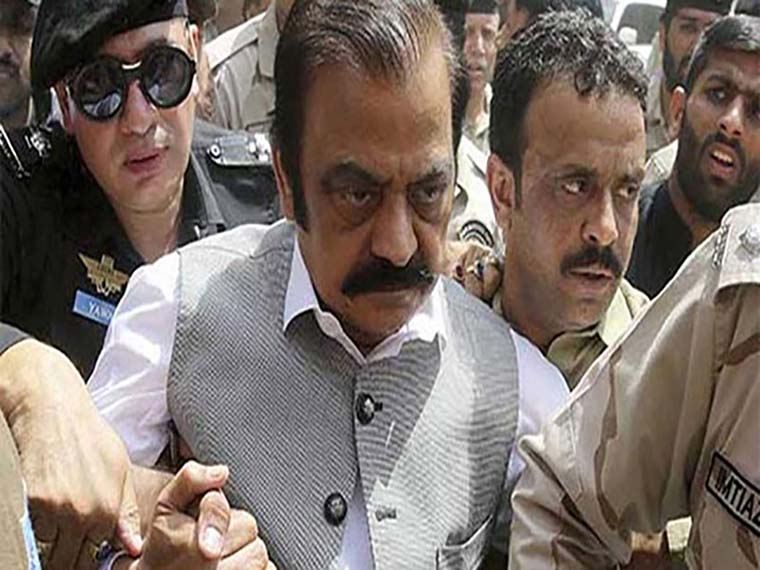 However, the court also adjourned the hearing till February 8 in the narcotics case.
During the hearing, he ANF’s prosecutor accused  Rana Sanaullah’s lawyers of using delaying tactics.
He requested the court to conduct proceedings of the case on a daily basis.

But the judge Shakir Hassan asked how could h hear the case on a daily basis! He observed that he postpone the cases daily while he doesn’t have a stenographer. He added that he has to travel in a third-class car.
He observed all these works are to be done by the ministry of law and justice and you are saying to hold hearings daily.
Finally, he observed that both sides had completed their arguments. (Hence) he was reserving judgment in the application (but) the decision will be written when stenographer arrives.

Meanwhile, Rana Sanaullah talked to the media after having appeared in the courtroom.
He reiterated his claim that he was implicated in a false and baseless case.
Furthermore, he urged Minister for States for Narcotics Control Shehryar Afridi to justify his stance in the court.
Moreover, he also spoke on political developments.
Rana Sanaullah said that the government had no future and [they would) get rid of PTI’s government during current year.
However, he also claimed that the opposition was being implicated in such matter with a view to divert attention from the public issues.
He announced the opposition parties would make an action plan at joint meeting.
He said that the Opposition would lodge strong protest for public issues, specially the rising inflation in the country.
Rana Sana blamed the government for making it harder for common man to buy food for even two times a day.

Pakistan supports right of Palestinians and Kashmiris to self determination