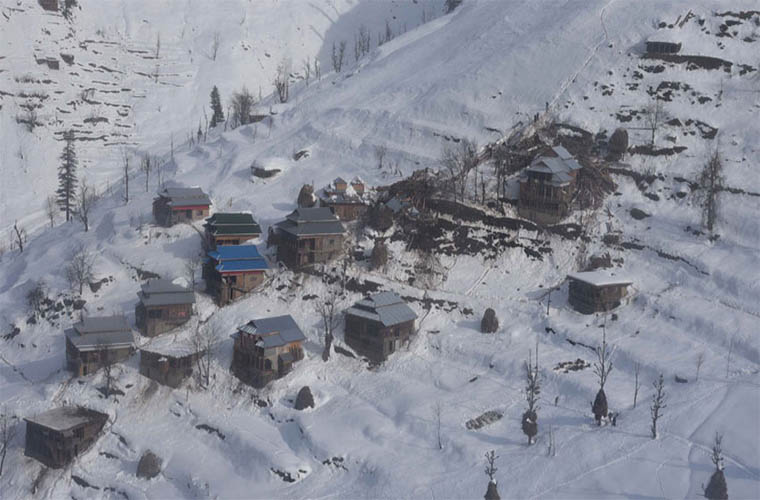 Azad Jammu and Kashmir government has made this announcement today (Saturday).

He made this appointment in view of the heavy human as well as materialistic losses due to the avalanche and land slides.

That badly destroyed or damaged the said areas.

He also directed to accelerate relief operation in Leepa Valley and Bhedi,.

These two areas remain cut off from the rest of the areas due to recent heavy snowfall.

Prime Minister visits Muzaffarabad to review situation after casualties due to snow-slide in Neelum Valley.
Imran Khan also paid a visit to CMH and inquired about the health of those injured.
The injured victims remain under treatment there.
PM Khan reviewed the latest situation after snow-slide incident.
The Chief Secretary AJK briefed the Prime Minister regarding damages incurred due to snowfall and avalanches.
He also briefed him about the relief efforts.
The Prime Minister directed the hospital administration to provide better medical facilities to the injured.
Furthermore, he asked them to also arrange medical teams visit in the affected areas.
In his detailed briefing to the Prime Minister, the Chief Secretary Azad Kashmir, Mathar Niaz Rana said that rescue and relief activities are continuing.
Government continues relief activities in the rain and snow-hit areas of Azad Jammu and Kashmir.
Meanwhile, four helicopters took part in rescue and relief operations. Rescue teams shifted injured to Kail Sharda and Muzaffarabad.

US Secretary of State expresses concern over Daniel Pearl case