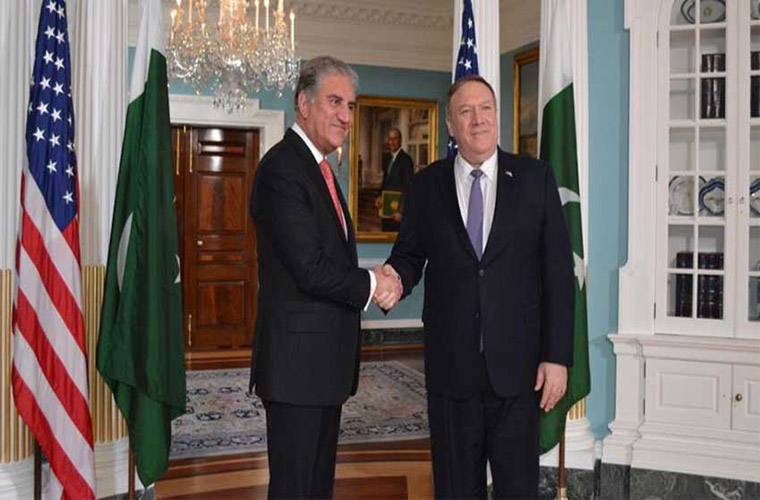 Pakistan FM briefs Pompeo on meetings with Saudi and Iran officials during his recent visits to thos countries.

According to Radio Pakistan, Foreign Minister Shah Mehmood Qureshi also reiterated Pakistan’s committment to play its due role in de-escalating prevailing tensions and promote peace in the Middle Eastern region.

He expressed these views while talking to US Secretary of State Mike Pompeo in Washington today.

Qureshi lamented that the BJP-led Indian government has besieged millions of Kashmiris through imposition of ruthless curfew and other restrictions in the held territory.

Moreover, he said that the Indian government imposed ban on media to hide facts from the world.

He emphasised resolution of Kashmir dispute in accordance with the UN resolutions vital for brining permanent peace and stability to the South Asian region.

He further said that Pakistan will continue its efforts for political solution to lingering Afghan conflict.

He also briefed the US secretary on his meetings with various leaders during his recent visits to Iran and Saudi Arabia.