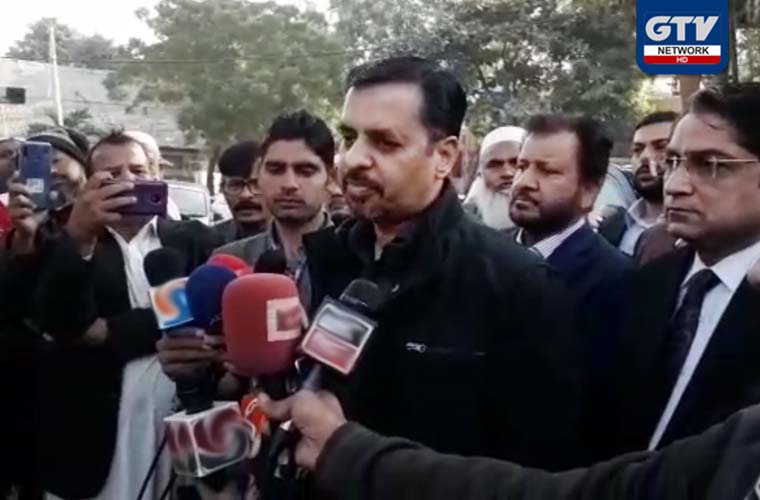 Pak Sarzameen Party (PSP) chairman Syed Mustafa Kamal made these comments about rival leaders of MQM today.
He was talking to the media on appearance in an accountability court in Karachi.

He claimed that Amir Khan is seeking to get a ministry for Aminul Haq through this move.

The PSP leader urged Kunwar Naveed and MQM’s workers to support Dr Khalid Maqbool Siddiqui.
He slammed Amir Khan for doing politics with Khalid Maqbool. Furthermore, he suggested Dr Khalid Maqbool as Mr clean because not involved in bloodshed.
He said that politics being done in the name of Hyderabad and Karachi.
Mustafa Kamal further accused Amir Khan of bloodshed. He said Amir rejoined MQM parting ways with Afaq led Haqiqi group of MQM.
Moreover, PSP chairman blamed Amir Khan for breakup of MQM through plots. He named his comrade Anis Qaim Khani among his victims which also include Altaf Hussain and Farooq Sattar.
He said that if MQM-PTI talks come to fruition, the group would make Aminul Haq minister and another nominee as adviser.

The intra-MQM differences continue to come to surface despite formation of break-away factions or new parties.

However, Prime Minister Imran Khan has not accepted his resignation.

They have asked the coalition partner to remain partnership intact.

But, Dr Khalid Maqbool has again requested the Prime Minister to accept his resignation.