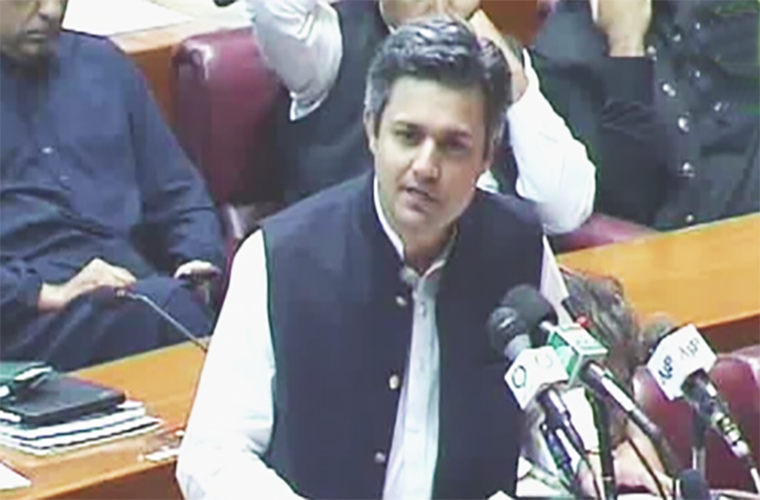 Minister for Economic Affairs Hammad Azhar said this while speaking in the Senate today during Question Hour.
Earlier, Senate resumed its session at the parliament house in Islamabad today. Deputy Chairman Senate Saleem Mandviwalla presided over.
At the outset, the house offered fateha for those killed in recent rains and snowfall in Azad Kashmir and Balochistan.
He said that the government has set the target of reducing fiscal deficit to four percent in the next one or two years.

He also shared that the fiscal deficit for the first quarter of current financial year remained within the target.
Hammad Azhar referred to the IMF that stated Pakistan government over-performed in this area.
Furthermore, he said that the government took difficult decisions to save the country from default.
He said they retired over $ 10 billion of debt in the first year which is the highest which any government in Pakistan ever made.  He shared that the foreign exchange reserves have also gone upward.
The Minister said revenue collection has also witnessed growth during the first half of current fiscal year while noting ongoing efforts to enhance non-tax revenue.
He said that the government would provide private sector with an enabling environment to create job opportunities for the youth.
Hammad Azhar said the government has forecast to gradually reduce the debt to GDP ratio.
For this purpose the government will enhance revenues and foreign exchange reserves besides cutting expenditures.

Meanwhile, Minister for Parliamentary Affairs Azam Khan Swati told the House that they began process for approval of regulations to ensure safety standards in the vehicles.

Minister for Economic Affairs Hammad Azhar said that commerce and finance ministries and the State Bank of Pakistan are in consultation to revive the sick industrial units.
He pointed out that the flawed policies of previous governments adversely damaged these units.
He said different proposals including restructuring of their loans are being considered to revive them and enhance the exports.
GTV