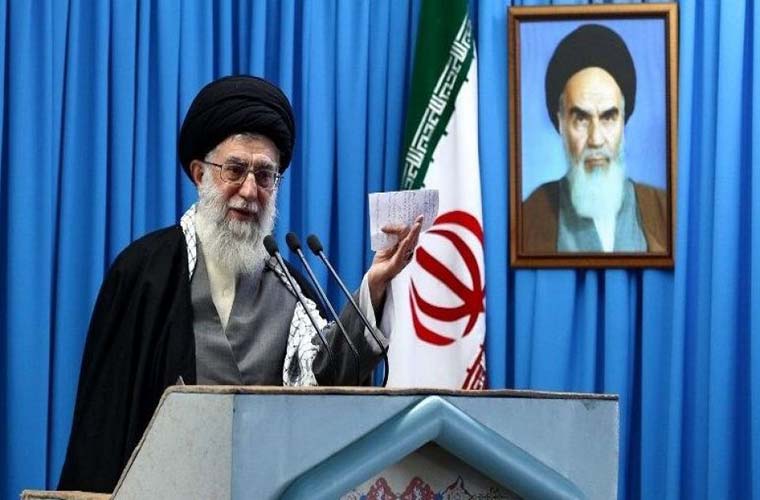 The entire world attaches importance to his sermon today because of heightened US Iran tension.

Iranian nation seems to have united after the assassination of Lt Gen Qassem Soleimani in illegal US airstrikes in Baghdad.

Although Iranian retaliatory missiles hit US base in Ain al Assad Iraq, Ayatollah Khamenei termed it a slap.

He downplayed the retaliation as a slap while separating it from the answer that Iran will give in reaction to the assassination.

US President ordered to kill Soleimani

The report brings into question the Trump administration’s justification for killing Soleimani in a drone strike earlier this month after an attack in which a U.S. contractor died.

Administration officials have claimed that killing of the top Iranian commander was necessary due to an imminent threat of attacks Soleimani was plotting.

Critics of the decision have questioned how imminent the attacks were.

Meanwhile, Democrats widely condemned the attack, and many members of Congress claimed the intelligence did not support the decision, based on information they were briefed on.

“There have been a number of options presented to the president over the course of time,” a senior administration official told NBC.