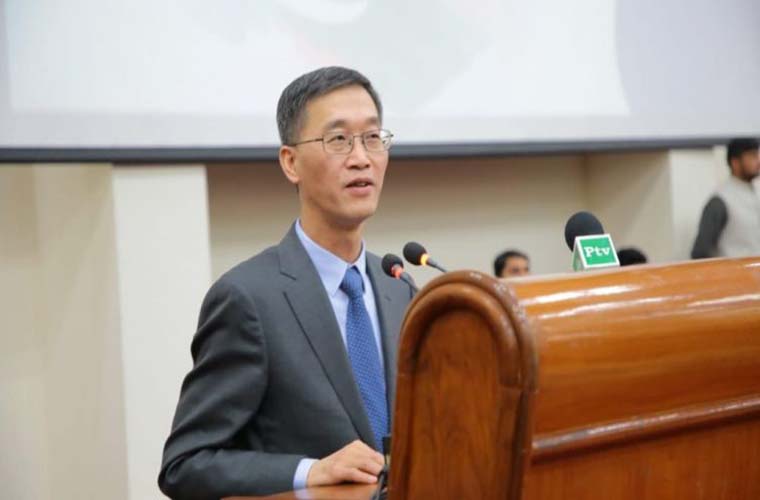 China ambassador wants to rebuff propaganda of common enemy in 2020. China’s Ambassador to Pakistan, Yao Jing called the year 2020 as the year of renewed commitment from both Pakistan and China to negate common enemy’s propaganda.

However, he suggested to further strengthening mutual cooperation in areas beyond CPEC, including defense and international affairs to negate that propaganda.

He expressed these views, while talking to the media in Islamabad.

He said social, industrial and agriculture sectors would remain the areas of special focus during this phase.

The ambassador said noted that a number of Chinese agriculture companies are coming to Pakistan.

He said that they want to purchase more value added agriculture products.

Yao Jing said China has always supported Pakistan’s stance on Kashmir dispute because it considers the Indian occupation as unjustified and illegal.

He also called for resolving the Jammu and Kashmir dispute in accordance with the UN Security Council resolutions and wishes of Kashmiri people.

Adviser to the Prime Minister on Commerce, Industries, Textile and Investment said this while addressing a seminar in Islamabad.