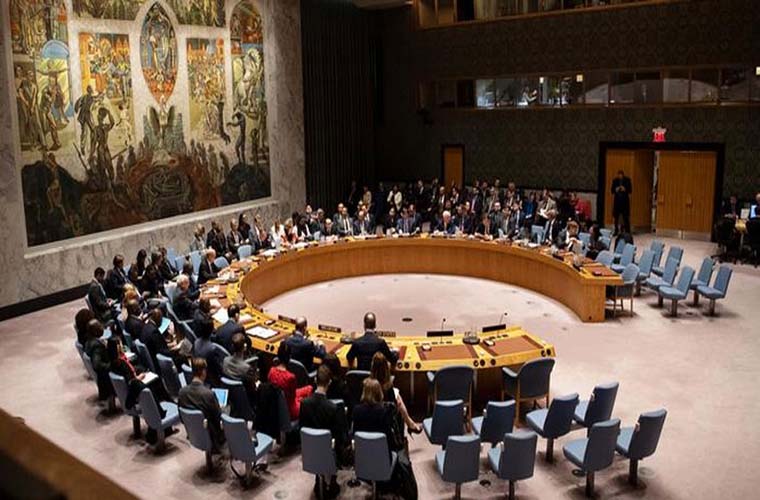 It discusses the alarming human rights situation in occupied Kashmir.

This remains second scheduled meeting in less than six months on the situation of occupied Kashmir.

Furthermore, KMS referred that the UNSC last discussed the Kashmir dispute in August, 2019.

Specially, they will brief on the rapidly deteriorating situation along the Line of Control.

Pakistan has been urging the international community must raise voice for the Kashmiris.
Ministry of Foreign Affairs has been emphasising that the international community must express concern and raise voice for the Kashmiris.
Pakistan complain that Kashmiris were facing complete communications blackout since India’s illegal actions of August 5, 2019.
Government of Pakistan has been asking the countries having belief in human rights to take notice of it.
The plight of the people of occupied Kashmir increased manifold due to curfew since August 5, 2019.
Pakistan’s pledge to continue highlighting the case of the Kashmiris while raising it at every international forum until they get their right to self-determination.
Islamabad called for lifting of the curfew, restoration of internet and release of political prisoners.
Furthermore, Pakistan demand permission to international observers to witness the situation on ground in India-occupied Jammu and Kashmir.

Pakistan has been facing challenges along on the Line of Control in the shape of India’s frequent unprovoked ceasefire violations.

Moreover,  India’s heavy deployment of weapons there also concerned Pakistan
Pakistan has shared its concerns about it with the United Nations and international partners.
The FO spokeswoman also cited 7th letter which foreign minister recently wrote to the president UNSC.
The FM Shah Mehmood Qureshi apprised him of the situation prevailing alone of the LoC.