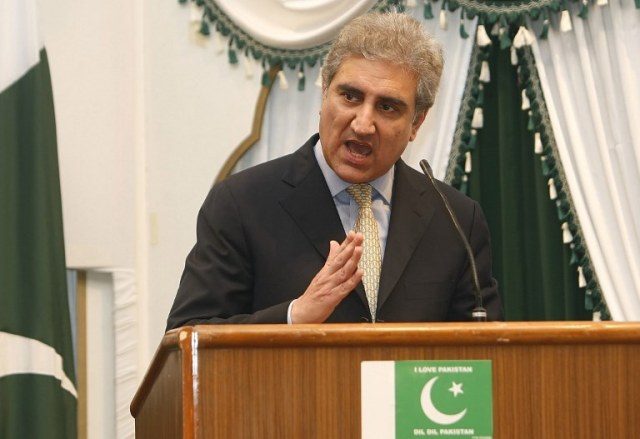 Foreign Minister Qureshi leaves for US to meet UNSG and US officials in New York and Washington DC, respectively.

Foreign Minister Qureshi leaves for US

According to Foreign Office (FO), he will meet United Nations Secretary General in New York on January 15.
Furthermore, he will hold meetings with top government officials in Washington on Jan 16-17.

Meetings with US officials

In Washington, the Foreign Minister will also meet Secretary of State Mike Pompeo, National Security Advisor Robert O’ Brien and other senior administration officials.
During official talks, Qureshi will focus on Pakistan’s diplomatic outreach or partner for peace initiative.
Foreign Minister has undertaken it on the direction of Prime Minister Imran Khan in the wake of the recent tensions in the Middle East and Gulf.
Specially, Pakistan peace diplomacy aims at supporting efforts for de-escalation and resolution of differences and disputes through political and diplomatic means.
Besides, he will underscore the value Pakistan attaches to a broad-based, long-term and enduring partnership with the U.S. However Pakistan want it in line with the vision of the leaders of both countries.
Meanwhile, situation in Indian Occupied Jammu and Kashmir and the Afghan peace process will also come under discussion.
FM Shah Mehmood will alao visit Capitol Hill. There, he will meet US legislators.
Moreover, he will have engagements with media, think-tanks and the Pakistani diaspora.

Foreign Minister has recently visited Tehran and Riyadh. He has shared Pakistan’s viewpoint with Iranian and Saudi leaders.
But, Saudi Arabia has not made public its reaction to Pakistan’s efforts though Iranian President welcomed Pakistan efforts for de-escalation.