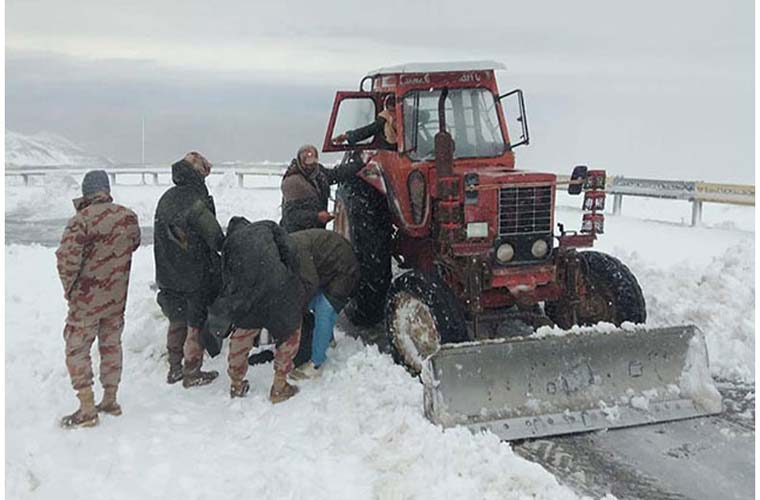 Death toll rises to 100 due to rain and snow related incidents in Azad Kashmir and Balochistan.

The death toll in the incidents due to snowfall has risen to 100.
According to National Disaster Management Authority, 76 people lost lives due to avalanches.
However, heavy rains caused this in addition to snowfall in Azad Kashmir.
Another 20 people died in Balochistan and two each in Khyber Pakhtunkhwa and Gilgit-Baltistan while 90 people sustained injuries.
Furthermore, the avalanches damaged two hundred and thirteen houses.
Rescue teams continue to remain in the field to provide relief to the affected people.
They have delivered as many as 2000 tents, 1250 blankets and 2250 other necessary items to the affected areas.

Prime Minister Imran Khan directed to immediately provide all humanitarian assistance on emergency footing to the affected people in AJK.

In a tweet on Tuesday, he asked National Disaster Management Authority, the military and all Federal Ministers to take timely action.

He further said the severe snowfalls and landslides in AJK have caused misery and deaths.

According to official sources, so far 53 injured hifted to nearby hospitals with the help of Pak Army and administration.

However, the incidents took place in over 15 villages of Neelum valley.

According to initial assessment, 52 houses fully destroyed while 82 partially damaged.

Most of causalities 43 reported from Surgan valley.