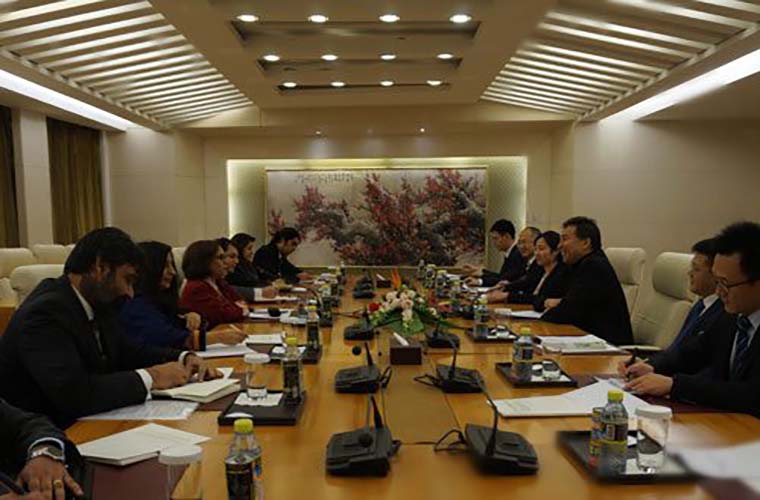 According to a statement from Chinese foreign ministry, Luo Zhaohui held a meeting with Pakistan Ambassador to China, Nagmana Alamgir Hashmi.

During the meeting, Chinese Deputy Foreign Minister exchanged in-depth views on the development of bilateral relations with her.

Both of them also exchanged views on the current situation in the Middle East.
Senior officials of Pakistan Embassy Beijing and the Chinese Ministry of Foreign Affairs also accompanied them.

Foreign Minister has recently visited Tehran and Riyadh. He has shared Pakistan’s viewpoint with Iranian and Saudi leaders.
But, Saudi Arabia has not made public its reaction to Pakistan’s efforts though Iranian President welcomed Pakistan efforts for de-escalation.
Meanwhile, Foreign Minister Qureshi has left today for US to meet UNSG and US officials, respectively.

According to Foreign Office (FO), he will meet United Nations Secretary General in New York on January 15.
Furthermore, he will hold meetings with top government officials in Washington on Jan 16-17.
However, role of China remains indispensable in this crisis.
Due to its permanent status at UNSC, China can play key role in defusing tension.
But, US has also engaged in trade war with China.