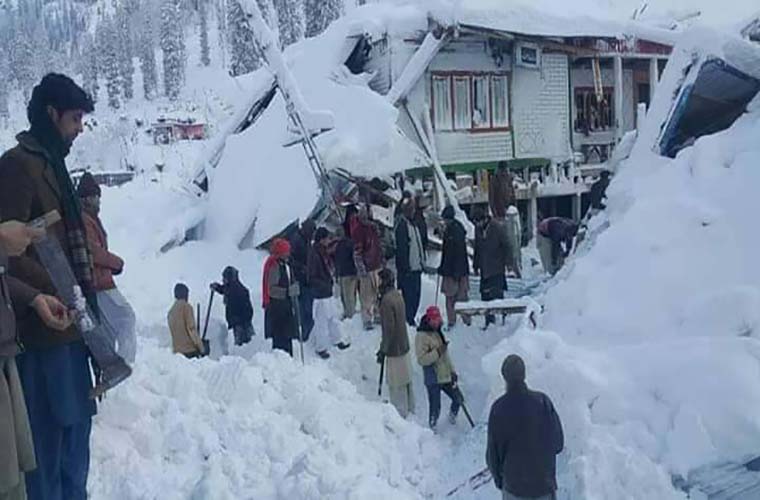 Prime Minister Imran Khan directed to immediately provide all humanitarian assistance on emergency footing to the affected people in AJK.

In a tweet on Tuesday, he asked National Disaster Management Authority, the military and all Federal Ministers to take timely action.

He further said the severe snowfalls and landslides in AJK have caused misery and deaths.

According to official sources, so far 53 injured hifted to nearby hospitals with the help of Pak Army and administration.

However, the incidents took place in over 15 villages of Neelum valley.

According to initial assessment, 52 houses fully destroyed while 82 partially damaged.

Most of causalities 43 reported from Surgan valley.

According to State Minister Disaster Management Authority, Ahmad Raza Qadri, they were making effortsto reach to the affectees as early as possible.

Teams of State Disaster Management Authority and other relevant departments are busy to recover the missing persons from under the snow.

Chief of Army Staff, General Qamar Javed Bajwa has expressed grief over the loss of precious lives due to snow slide in Azad Kashmir and Balochistan.

The Army Chief conveyed condolences to the bereaved families.

The Army Chief directed to provide continuous assistance to civil administration for rescue and relief operation.

According to the ISPR, the Army helicopters are undertaking operations in snow hit areas of Sharda, Sargan, Bakwal and Taobat.

In a statement, he directed the local administration to provide all possible assistance to people in affected areas. He also directed to provide best medical treatment to the injured.

The Minister said the federal government will take every possible step for relief in affected areas and the people as well.