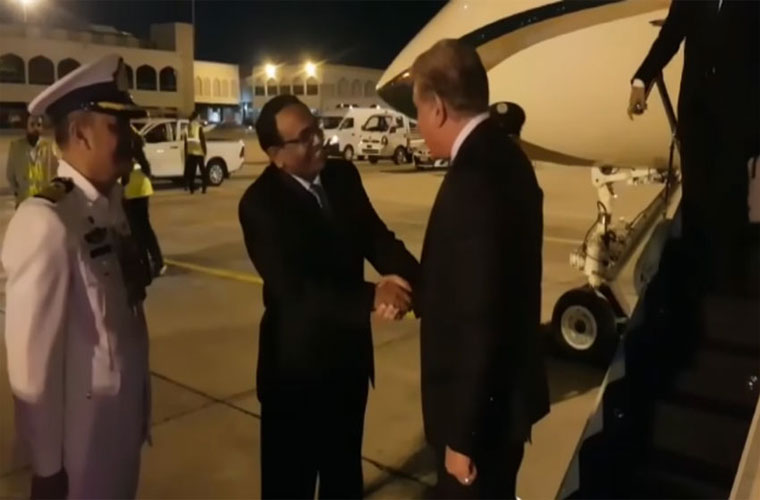 Pakistan FM in Muscat for condolences over Sultan Qaboos death.

Officials of Omani Foreign Ministry and Pakistan Ambassador Ahsan K.K. Wagan received him at the Airport.

The Foreign Minister will express condolence with the Royal family over the sad demise.

In posts on their Twitter accounts on Saturday, Omani newspapers Al Watan and Al Roya reported it.

They broke the story that Minister of Heritage and Culture Haitham bin Tariq was taking the oath of allegiance as sultan.