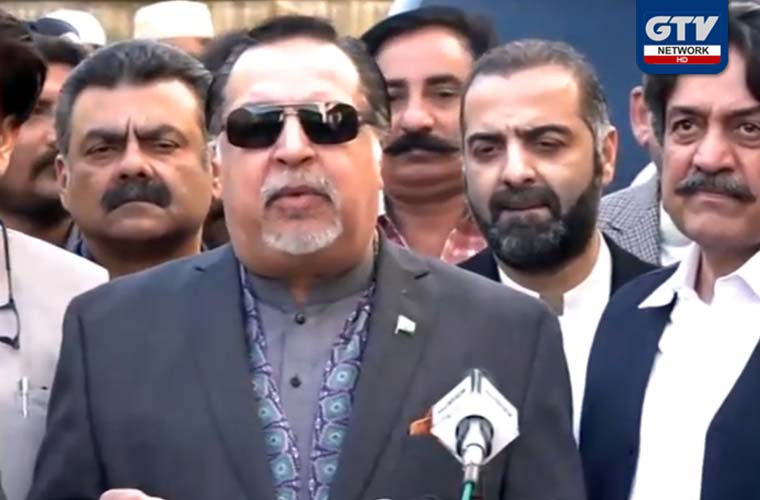 Governor Sindh meets Pir Pagara on GDA complaints against PTI government which the coalition partner made public yesterday.
However, Governor Imran Ismail didn’t acknowledge the intra-coalition differences.
While talking to the media at the Kingri House in Karachi Tuesday, he said he didn’t come there to persuade anybody.
Because, he hastened to add,  nobody turned estranged that he persuades.

He called on PMLF leader Pir Pagara at Kingri House. Pagara leads Grand Democratic Alliance as well.
Insiders disclosed that he shared his grievances with Governor Imran Ismail.
He said GDA also needs to keep promises they made to voters in rural Sindh. He said that the PTI coalition government must not forget its partner GDA.

PM notes rule of law inevitable for survival of society

Sindh govt may ease lockdown after a consultative meeting with President