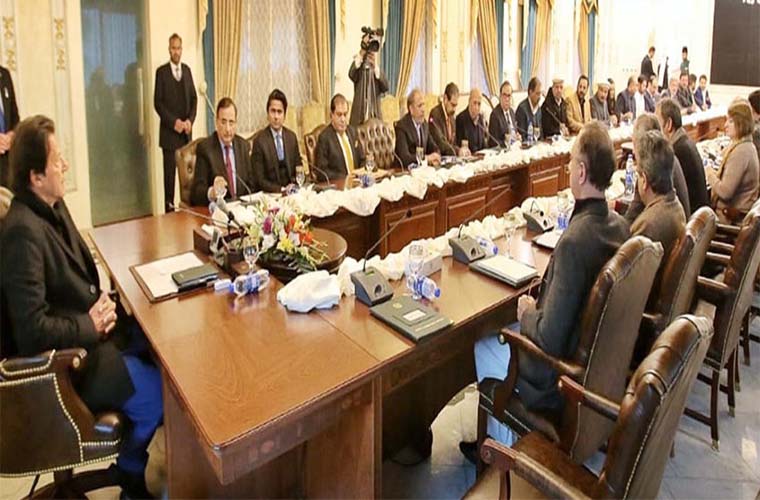 Prime Minister told them said the government would soon unveil a comprehensive policy to revive the sick industrial units.

While talking to the FPCCI delegates, he said the policy aims at gearing up economic activity.

Besides, it aims at creating job opportunities in the country.

He told the delegation that the macro indicators are showing improvement within 16 months. Besides, the record 40 per cent increase in the stock exchange also manifested investors’ trust.

The Prime Minister said the local currency is getting stable, which would further stabilize the prices as well as the economy.

He assured the delegation that the government is making all-out efforts to make the Pakistani products compete their rivals from other countries for the benefit of the country’s trading community.

On Saturday, he said that things are now moving towards right direction.

Dawood said that now Pakistan is looking forward to promote exports rather than domestic trade.

He said we need to leave domestic policy of trade and business; we are 100 millions people.

Moreover, he addressing the concerns about the highest duties, gas shortage, and other issues related to trade and industries.

He said that KCCI people know the economic condition of country when Pakistan was losing $ 2 billion while rupee (PKR) was devaluing.  But he noted reserves are going up now.

Meanwhile, the Adviser said that the authorities concerned had set new tariff. That now part of industrial process under Ministry of Commerce.