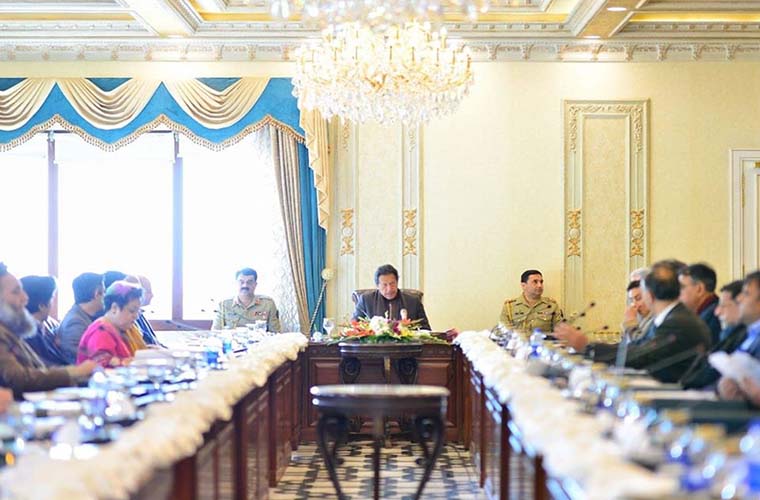 Meeting of Federal Cabinet is underway with Prime Minister Imran Khan in the chair.

The meeting is reviewing overall political and economic situation of the country.

Although allied MQM and GDA have made public their differences with the ruling PTI, the latter downplayed it.

She said that allied parties remain united under the leadership of Prime Minister Imran Khan on the national agenda.

Furthermore, she said they all united on national agenda of country’s development and public welfare.

In a series of tweets today, she said we will safeguard national interests at every front with unity and integrity.

The Special Assistant said the process of prosperity of the country and the nation under the leadership of the Prime Minister will move forward with full force.

The Special Assistant said the Foreign Minister’s visits to Iran and Saudi Arabia under the direction of the Prime Minister have brought positive effects. She said instead of being a silent spectator, Pakistan played a constructive role in the interest of Muslim Ummah and peace.