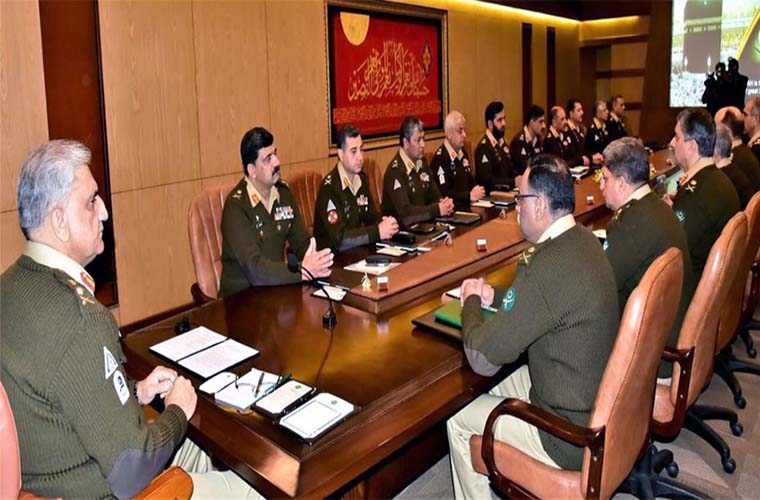 According to the ISPR, 228th Corps Commanders’ Conference held at GHQ in Rawalpindi today (Tuesday).

The forum also reviewed evolving security situation in the Middle East with reference to US-Iran stand-off and its implications on regional peace and stability.

Army Chief General Qamar Javed Bajwa has said that Pakistan Army will continue its responsible and positive role for regional peace without compromising national security and defence of motherland at any cost.

While addressing the conference, Army Chief said Pakistan has significant contributions towards peace and stability in the region.

He referred to statements of Indian military leadership regarding aggression against Pakistan.

Furthermore, he called Indian COAS statement as irresponsible rhetoric with implications on regional peace and stability.

In a tweet he downplayed Indian COAS statements on undertaking military action across LOC.

Specially, he termed those statements as routine rhetoric for domestic audiences.

Moreover, he said that such rhetoric aims at get out of ongoing internal turmoil.

However, he vowed that Pakistan Armed Forces fully prepared to respond to any act of Indian aggression.

But, he told the United Nations that Pakistan does not want war with India.
However, he also warned that if attacked, it will respond resolutely and effectively.

In a tweet, he slammed India’s ideology based on racial superiority and hatred of Muslims and all minorities.