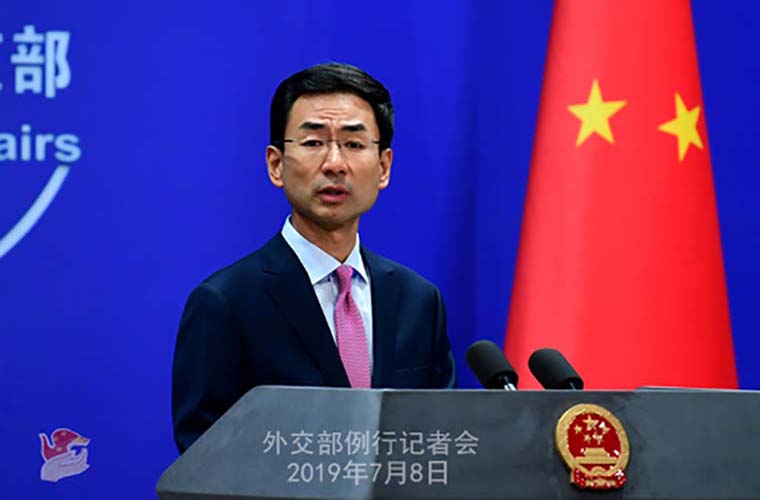 While speaking at a press briefing, he said that use or threat of sanctions will not solve any problem.

Furthermore, he called on US to respect the lawful and justified cooperation between Tehran and Beijing.

The spokesperson called-on all parties concerned to resolve their differences through dialogue and negotiation to defuse tension in the Gulf.

US sanctions against Iran

The Trump administration on Friday imposed new sanctions on Iran following attacks on US and allied troops in Iraq earlier in the week.
The latest round of penalties by the United States is set to target multiple sectors of the Islamic Republic’s economy — including construction, manufacturing, textiles and mining — and name eight top officials, some of whom were already under sanction.
“This order will have a major impact on the Iranian economy,” President Donald Trump said in a statement. “These punishing economic sanctions will remain until the Iranian regime changes its behavior.”
Trump had previewed the new sanctions on Wednesday — an economic step that came amid a broader military de-escalation following the January 3 targeted killing by the US of top Iranian Gen. Qasem Soleimani.