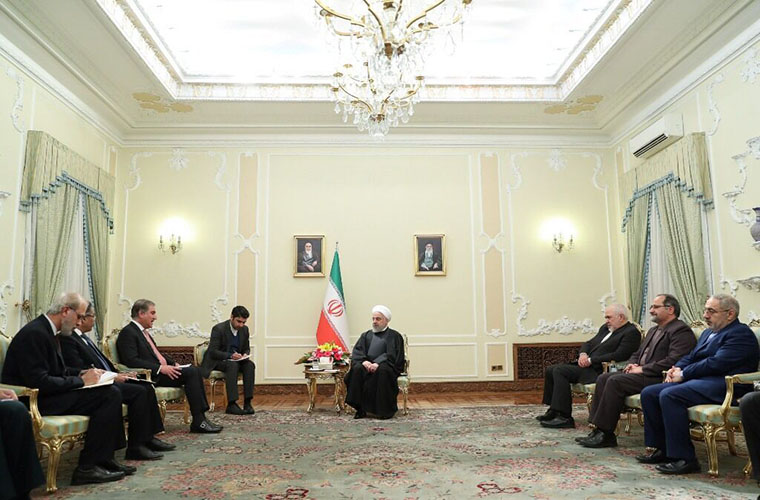 Iran welcomes Pakistan efforts to promote peace, stability in region during Foreign Minister Shah Mehmood Qureshi meeting with President Rouhani.
According to Radio Pakistan, Foreign Minister, Shah Mahmood Qureshi reaffirmed that Pakistan will remain committed to play an active and positive role for bringing peace in the region.
He stated this while talking to Iranian President Dr. Hassan Rouhani in Tehran late on Sunday.

President Hassan Rouhani said that since Iran believes dispute among Muslim states will not benefit anyone, Tehran welcomes Islamabad’s efforts to boost peace and stability in the region.
He further said Iran is keen to have close and friendly relations with all regional states.
Moreover, he said that under the current situation, all should work for regional peace and stability and cooperate to ease tensions in the region.
He also reiterated that that outbreak of war and conflict in the region will be very dangerous. Besides, he expressed Islamic Republic’s preparedness to defend its interests. But he added that Iran never seeks to fan the flames of war in the region.
Iran President told him that the strike on US bases in Iraq was in fact in response to US criminal act.
Rouhani further noted that today, all should believe that dialogue and close cooperation among the nations are in the interest of the regional Muslim governments and peoples. He said they will incur loss from any disagreement and conflict.