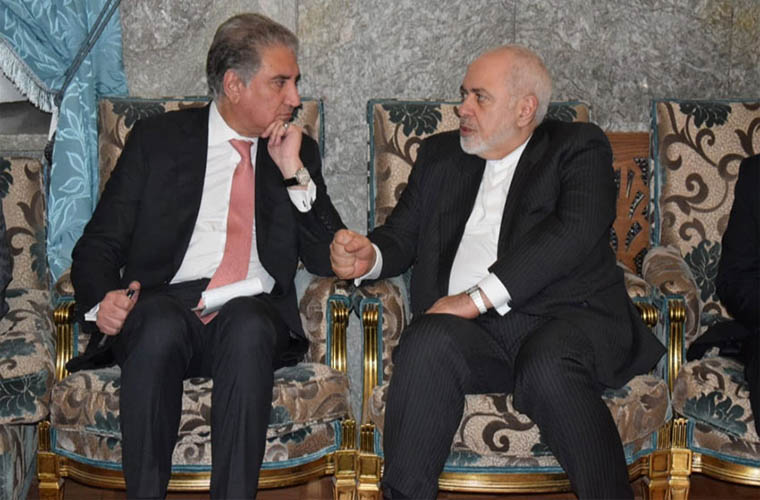 Foreign Minister reaffirms Pakistan commitment for regional peace  during meetings withs Iran government leadership in Tehran late on Sunday.
Shah Mahmood Qureshi said Pakistan remain committed to play role for regional peace.
He said this while talking to Iranian Foreign Minister Javad Zarif in Tehran.
He emphasised that all sides need to exercise sincere efforts for de-escalation tensions in the Middle East and to prevent instability in the region.

During the meeting, he also called for adopting the way of dialogue through demonstrating restraint, rationality and tolerance in order to reduce tension in the Middle East.
Furthermore, he called for sorting out the matters in a peaceful manner.
Meanwhile, Iran Foreign Minister appreciated the resolve of Prime Minister Imran Khan for establishment of peace in the region.
Moreover, he assured Pakistani counterpart that his country welcomes the peace endeavors of Pakistan.
During the meeting, both the sides discussed Iran-US tension, peace and security situation in the region and bilateral relations in detail.
While presenting the Pakistan’s perspective on the regional situation, the foreign minister emphasized the resolution of the issues amicably. In this regard, he called for utilising the diplomatic channels.

Foreign Minister of Pakistan visits Imam Reza Shrine in Iran holy Mashhad city.
While speaking on the occasion, the Foreign Minister said it is an honour for him to begin his visit from holy site.
Governor Mashhad Ali Reza Razm Hosseini warmly welcomed him.