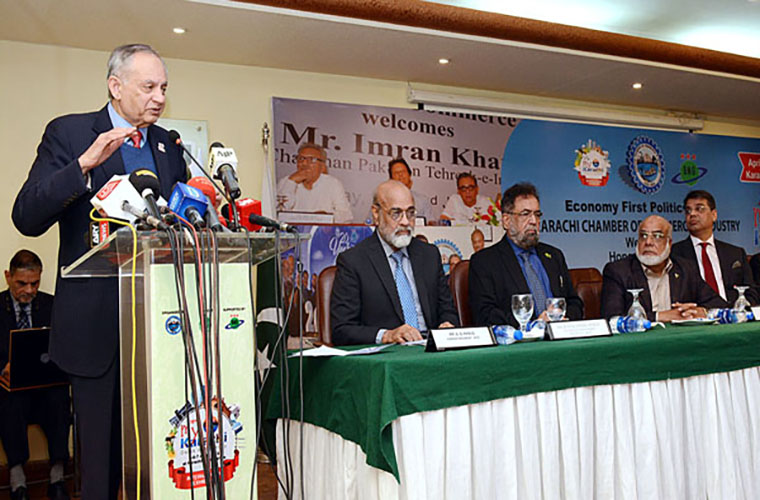 He said this while addressing the members of Karachi Chamber of Commerce and Industry (KCCI) as chief guest on Saturday.

Has further said that things are now moving towards right direction.

Dawood said that now Pakistan is looking forward to promote exports rather than domestic trade.

He said we need to leave domestic policy of trade and business; we are 100 millions people.

Moreover, he addressing the concerns about the highest duties, gas shortage, and other issues related to trade and industries.

He said that KCCI people know the economic condition of country when Pakistan was losing $ 2 billion while rupee (PKR) was devaluing.  But he noted reserves are going up now.

Meanwhile, the Adviser said that the authorities concerned had set new tariff. That now part of industrial process under Ministry of Commerce.

He further said 26 new sectors have been planned and almost completed; rational policy in this regard is in process and would be completed by June this year.

Federal Minister for Economic Affairs Hammad Azhar said that investment in the country has increased by seventy-eight percent because of the prudent policies of the government.

He said this while addressing a function in Lahore.

Furthermore, he said that the government has taken major and difficult decisions for economic stability in the country.
He shared with the audience the steps which PTI government is taking to reduce burden of prices of electricity and gas on the common man.

No country can progress without trade and investment with other countries