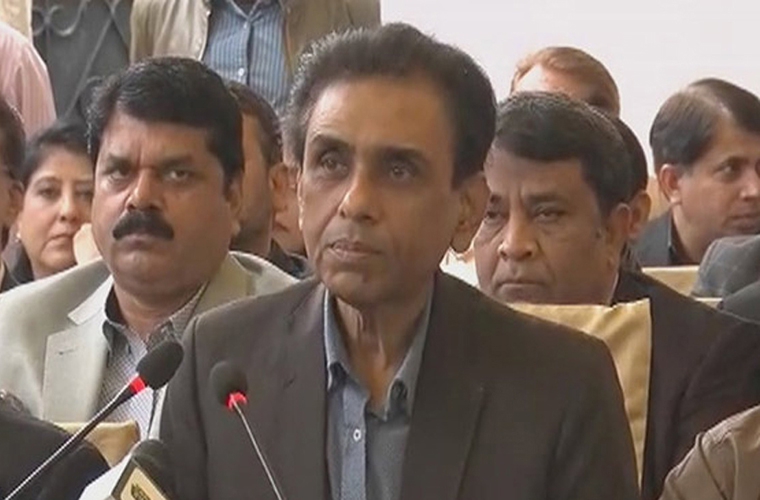 Agreement with the government

Dr Khalid said that they entered into one agreement in Bani Gala while another in Bahadurabad, in the presence of Jahangir Tareen.

He said that they [MQM-P] had supported the federal government in every difficult phase but “injustice was still being done with Sindh”.

However, he said this has nothing to do with PPP’s offer.

He offered power sharing in Sindh if the MQM backs PPP against PTI government at the Centre.

However, Karachi Mayor Waseem Akhtar belonging to MQM gave an indirect response to the offer.

In the presence of Karachi Mayor, Bilawal asked MQM Pakistan to break-off coalition partnership with the PTI government.

He further said that if MQM helps in dismissal of the government, then PPP would appoint their ministers in Sindh government.

Although Bilawal said that PPP would share power with MQM in Sindh for the sake of Karachi and Karachiites, it remains sort of quid pro quo formula.

Meanwhile, Karachi Mayor Waseem Akhtar had said that the matter transcends his domain although he hails from MQM.

He said MQM can go to any length in the interest of people but he alone cannot take decision in this regard.

However, he said that his party could consider the offer of the PPP.

The mayor further said that federal government in the past hadn’t addressed grievances of Karachiites. He said that present government too was not resolving problems of Karachi.

Hence, MQM may consider the offer of Bilawal Bhutto-Zardari. He also referred that MQM had also joined hands with PPP in the past in the interest of people.

136 died of Coronavirus infection during the last twenty four hours