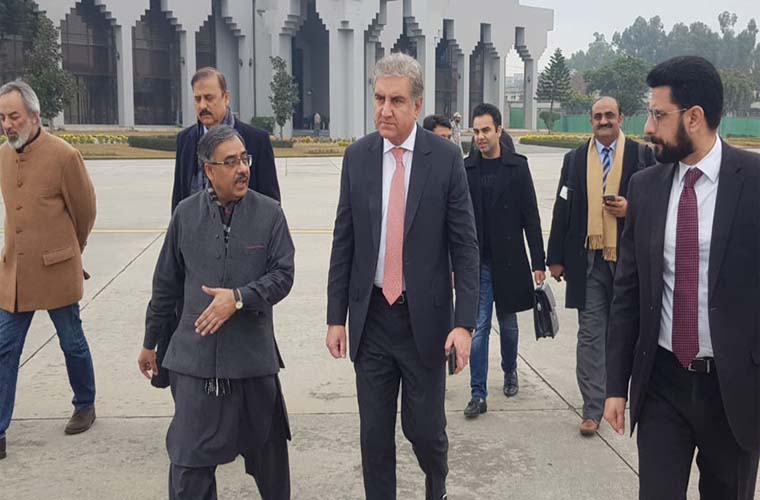 On the direction of Prime Minister Imran Khan, Shah Mahmood Qureshi has embarked on visits to Iran and Saudi Arabia.

He will exchange views on the evolving situation in the region.

He will consult on the issues of regional peace and stability.

The situation requires the need for immediate and collective efforts for a peaceful resolution.

During these visits, the Foreign Minister will share Pakistan’s perspective on the current situation.

Moreover, he is stressing the imperative of avoiding any conflict.

The Foreign Minister will convey Pakistan’s readiness to support all efforts that facilitate resolution of differences and disputes through political and diplomatic means.

Foreign Minister Shah Mahmood Qureshi held telephonic conversations with his Iraqi and Bahraini counterparts. He had spoken to his counterparts in Russia, Iran, Saudi Arabia and other capitals.
Meanwhile, ministry of foreign affairs issued a statement of Foreign Minister Shah Mahmood Qureshi.
He said that Pakistan will continue to play its role for reduction of tension in the region. He also reaffirmed Pakistan’s stance that the region cannot afford any other conflict.
The Foreign Minister said that on the directions of Prime Minister, he is also visiting Iran to hold talks with the Iranian leadership.
Shah Mahmood Qureshi said he will later visit Saudi Arabia and the United States.
He stressed the need for reduction of tension between Iran and the United States. He said the recent statement of US President Donald Trump has given a ray of hope towards that end.

Governor Punjab sees opposition in danger due to its own corruption