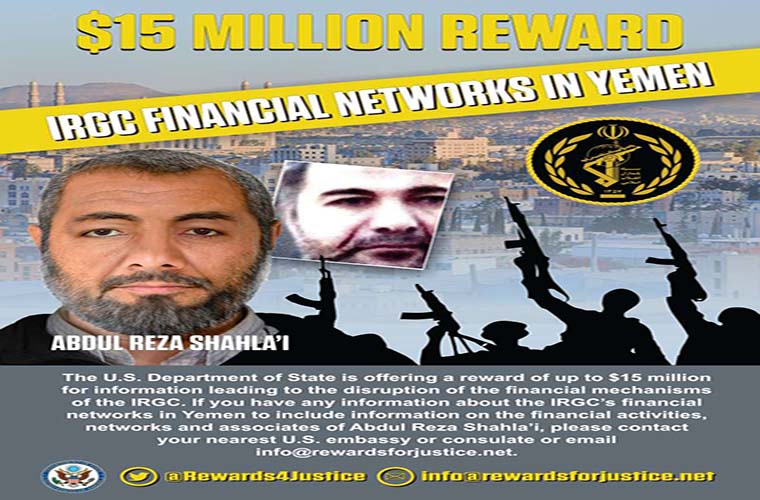 US fails to kill another IRGC Quds Force commander in Yemen drone strike.

According to Washington Post, US had planned a broader operation that partly succeeded in Baghdad airstrikes.

US fails to kill another

However, Iran has not reacted to the story so far.

The operation targeting Shahlai occurred as the United Nations continued to press for a political solution to the war in Yemen, which began in 2015 when a Saudi-led military coalition launched its campaign against the Houthi rebels.

US fails to kill another IRGC Quds Force commander

On the day the U.S. military killed a top Iranian commander in Baghdad, U.S. forces carried out another top secret mission against a senior Iranian military official in Yemen, according to U.S. officials.

U.S. officials have alleged that Shahlai, born around 1957, is linked to attacks against U.S. forces in Iraq, including a sophisticated 2007 raid in which Iranian-backed militiamen abducted and killed five Americans troops in the city of Karbala.
The strike targeting Abdul Reza Shahlai, a financier and key commander in Iran’s elite Quds Force who has been active in Yemen, did not result in his death, according to four U.S. officials familiar with the matter.
The unsuccessful operation may indicate that the Trump administration’s killing of Maj. Gen. Qasem Soleimani last week was part of a broader operation than previously explained.
However, it raised questions about whether the mission was designed to cripple the leadership of the Islamic Revolutionary Guard Corps or solely to prevent an imminent attack on Americans as originally stated.

U.S. military operations in Yemen, where a civil war has created the world’s worst humanitarian crisis, are shrouded in secrecy. U.S. officials said the operation against Shahlai remains highly classified, and many declined to offer details other than to say it failed.
Officials at the Pentagon and at military commands in Florida were monitoring both strikes and had discussed announcing them together, had they gone well, officials said.
“If we had killed him, we’d be bragging about it that same night,” said a senior U.S. official, who, like others, spoke on the condition of anonymity to discuss a classified military operation.
Another senior official said that the two strikes were authorized around the same time and that the United States did not disclose the Shahlai mission because it did not go according to plan.

US target in future

The official said Shahlai may be targeted in the future, though both countries have signaled an interest in de-escalating the crisis surrounding the killing of Soleimani.
The rationale for the Trump administration’s decision to kill Soleimani has come under scrutiny in Congress, with House lawmakers approving a resolution on Thursday to restrict the president’s authority to strike Iran without congressional approval.

The strike against Shahlai potentially complicates the agument which US defense and state departments gave on Soleimani.

“This suggests a mission with a longer planning horizon and a larger objective, and it really does call into question why there was an attempt to explain this publicly on the basis of an imminent threat,” said Suzanne Maloney, an Iran scholar at the Brookings Institution.

The Trump administration views Shahlai as a particularly potent adversary.
A Pentagon spokeswoman, Cmdr. Rebecca Rebarich, said the Defense Department does not discuss “alleged operations” in the Middle East. “We have seen the report of a January 2 airstrike in Yemen, which is long-understood as a safe space for terrorists and other adversaries to the United States,” she said in a statement.
The State Department offered a $15 million reward last month for information leading to Shahlai and the disruption of the Revolutionary Guard’s financial mechanisms.
The announcement said that Shahlai is based in Yemen and has a “long history of involvement in attacks targeting the U.S. and our allies, including in the 2011 plot against the Saudi ambassador” at an Italian restaurant in Washington.
GTV