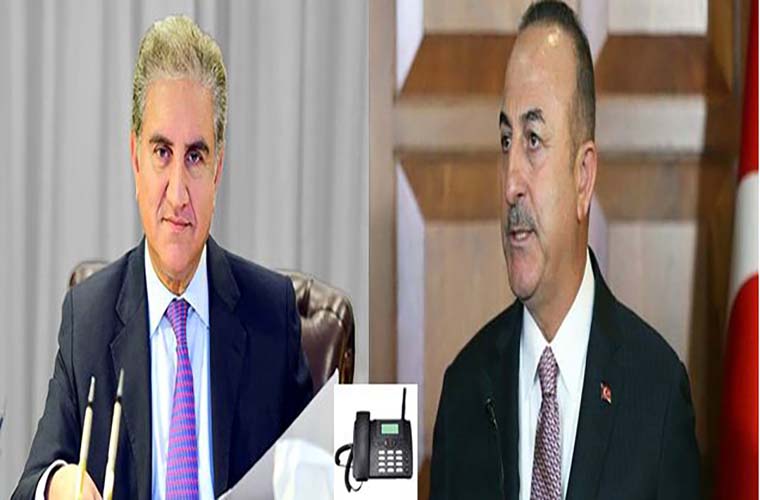 He offered condemned the terrorist act. He expressed solidarity with Pakistan in the fight against terrorism.

Furthermore, he expressed Turkey’s support to all efforts for promoting peace and stability in the region.

Specially, their talk focussed recent developments in the Middle East

Meanwhile,  Mevlut Cavusoglu shared his assessment of the situation following his recent visit to Iraq.

He said he would hold consultations during said visits.

Pakistan FM visits aims at  reducing tensions and supporting efforts for the preservation of peace in the region.

Foreign Minister Shah Mahmood Qureshi also held telephonic conversations with his Iraqi and Bahraini counterparts. He had spoken to his counterparts in Russia, Iran, Saudi Arabia and other capitals.
Meanwhile, ministry of foreign affairs issued a statement of Foreign Minister Shah Mahmood Qureshi.
He said that Pakistan will continue to play its role for reduction of tension in the region. He also reaffirmed Pakistan’s stance that the region cannot afford any other conflict.
The Foreign Minister said that on the directions of Prime Minister, he is also visiting Iran to hold talks with the Iranian leadership.
Shah Mahmood Qureshi stressed the need for reduction of tension between Iran and the United States.
He said the recent statement of US President Donald Trump has given a ray of hope towards that end.