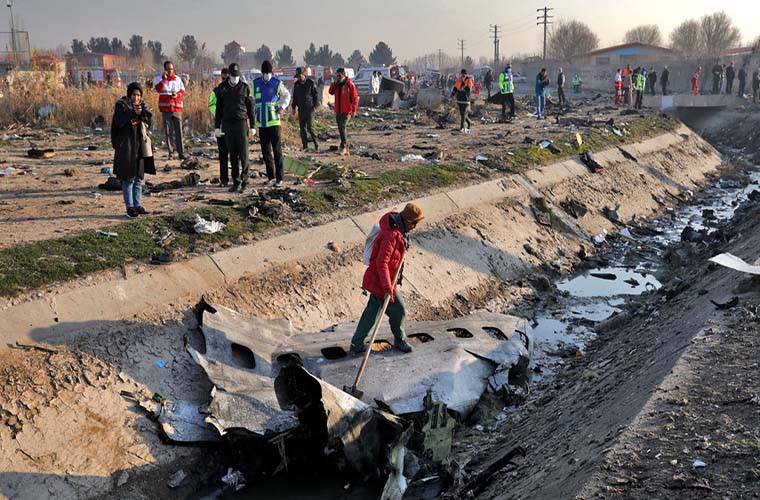 Iran admits human error behind Ukraine plane tragedy but it also made clear that US adventurism engendered the crisis.

The general staff of the armed forces issued a statement on Saturday.

It said that the plane had flown close to a sensitive military site. It was brought down due to human error “at a time of crisis caused by US adventurism.”

Specially, it noted the tense situation in the hours after Iran’s retaliatory missile attack on US bases in Iraq.

Similarly, it said Tehran was on the highest level of alert “in response to threats by the criminal American president and military commanders” to hit a large number of Iranian targets.

The statement called US forces terrorist. It added that: “In the hours after the missile strikes, flights by the warplanes of the terrorist American forces around the country increased.”

Furthermore, it referred to some reports of aerial targets heading toward strategic centers of Iran which their defense units received.

Then, a number of targets appeared on some radar screens which raised the sensitivity of the air defense networks.

“Under such sensitive and critical conditions, the Ukrainian Airlines flight 752 took off from the Imam Khomeini airport and while rotating, it was placed completely in the position of approaching a sensitive military center in the altitude and trajectory of an enemy target.

“In these circumstances, the plane was unintentionally hit due to human error, which unfortunately resulted in the martyrdom of a number of our dear compatriots and the death of a number of foreign nationals,” it said.

All 176 people on the Ukraine International Airlines (UIA) flight died in the crash just after take-off from Tehran on a flight to Kiev.

“The Islamic Republic of Iran deeply regrets this disastrous mistake,” President Hassan Rouhani wrote on Twitter. “My thoughts and prayers go to all the mourning families. I offer my sincerest condolences.”

Foreign Minister Mohammad Javad Zarif offered Iran’s “profound regrets, apologies and condolences to our people, to the families of all victims, and to other affected nations.”

“A sad day. Preliminary conclusions of internal investigation by Armed Forces: Human error at time of crisis caused by US adventurism led to disaster,” he tweeted.

The general staff of the armed forces said those responsible for shooting down the passenger jet would “immediately” be brought before military justice.

It assured that “by pursuing fundamental reforms in operational processes at the armed forces’ level, we will make it impossible to repeat such errors.”