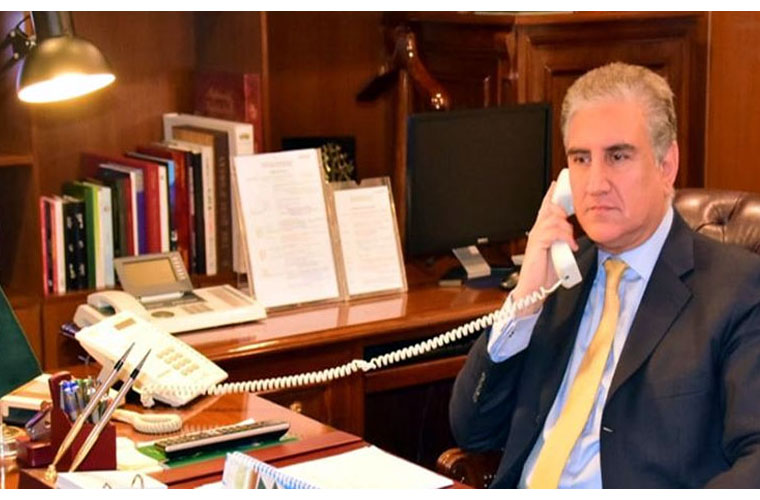 Furthermore, he informed them that Pakistan is deeply concerned over the recent developments. He said these developments carry grave implications for regional peace and security.
The Foreign Minister reaffirmed Pakistan’s resolve to continue to play a constructive role in facilitating efforts to secure peace and stability in the region.
He stressed Pakistan’s position that every effort must be made to address issues within the framework of UN charter and principles of international law including respect for sovereignty and territorial integrity.
Moreover, he said it is essential for all sides to exercise maximum restraint, avoid any further escalatory step and find a way for constructive engagement.
Meanwhile, ministry of foreign affairs issued a statement of Foreign Minister Shah Mahmood Qureshi.
He said that Pakistan will continue to play its role for reduction of tension in the region. He also reaffirmed Pakistan’s stance that the region cannot afford any other conflict.
The Foreign Minister said that on the directions of Prime Minister, he is also visiting Iran to hold talks with the Iranian leadership.
Shah Mahmood Qureshi said he will later visit Saudi Arabia and the United States.
He stressed the need for reduction of tension between Iran and the United States. He said the recent statement of US President Donald Trump has given a ray of hope towards that end.
GTV