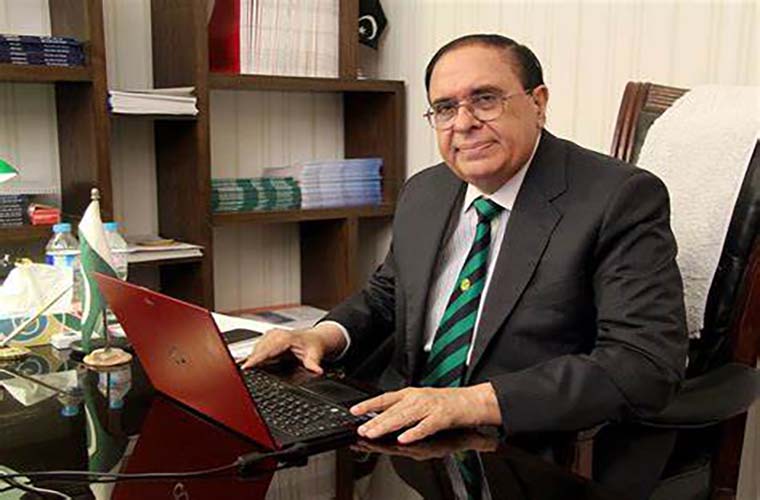 President of China conffered the highest scientific award of China to Prof. Dr. Atta-ur-Rehman. The ceremony held at The Great Peoples Hall in Beijing on Friday.

Prof. Dr. Atta-ur-Rahman has received this award in recognition of his contributions in the field of chemistry.

Besides, he received award for the numerous strong collaborations that he has developed with China.

He made collaborations in the fields of organic chemistry, genetics, pharmacology, agricultural sciences, virology, nanotechnology and other emerging areas.

Prof. Atta-ur-Rahman is the most decorated scientist of Pakistan having won 4 Civil Awards including Tamgha-i-Imtiaz, Sitara-i-Imtiaz, Hilal-i-Imtiaz and the highest national award Nishan-i-Imtiaz.

Currently, Prof. Atta-ur-Rahman is serving as Chairman of Prime Minister’s Task Force on Science and Technology.

He has also served the nation as a Federal Minister of Science and Technology, and Founding Chairman of Higher Education Commission.

He obtained his Ph.D. in organic chemistry from Cambridge University (1968).

He is the Editor-in-Chief of eight European Chemistry journals.  He is Editor of the world’s leading encyclopedic series of volumes on natural products “Studies in Natural Product Chemistry” 62 volumes of which have been published under his Editorship‎ during the last two decades.

As many as 82 students have completed their Ph.D. degrees under his supervision.