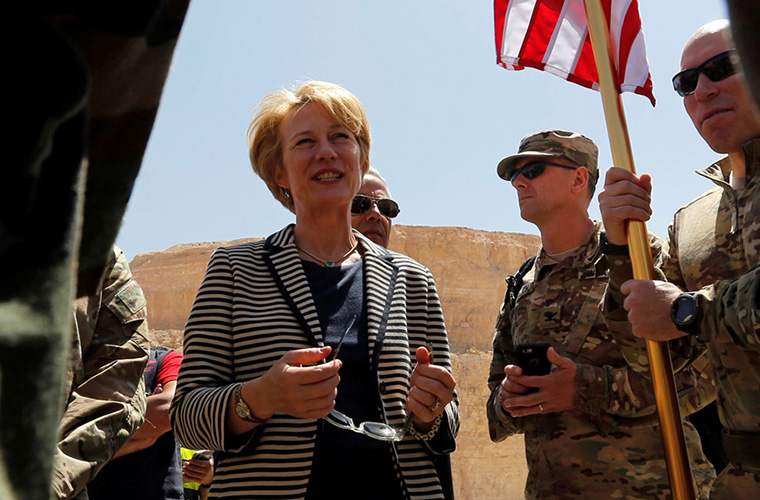 US diplomat for South Affairs Alice Wells to visit Pakistan, India and SL (Sri Lanka), according to state department.
It has announced the schedule of three countries visits. Principal Deputy Assistant Secretary of State for South and Central Asian Affairs Alice Wells will begin trip from Sri Lanka.
Then, she will go to India and finally come to Pakistan.
From January 13-14, she will be in Colombo, Sri Lanka.

US diplomat for South Affairs

As a career Foreign Service Officer, Alice assumed her duties as Acting Assistant Secretary for South and Central Asia on June 26, 2017.
However, she also had served as a political officer at US Embassy New Delhi, Embassy of US in Islamabad and U.S. Embassy Riyadh.
Previously, she had served as the United States Ambassador to the Hashemite Kingdom of Jordan.
Meanwhile, she had remained senior adviser in the Near Eastern Affairs Bureau in the Department of State.

She had served as Special Assistant to the President for Russia and Central Asia in the White House (2012-2013). Executive Assistant to Secretary of State Clinton (2011-2012). Executive Assistant to Under Secretary for Political Affairs William J. Burns (2009-2011).
From 2006 to 2009, Ambassador Wells served as Minister Counselor for Political Affairs at U.S. Embassy Moscow.
She also worked as Director of Maghreb Affairs. Acting Director of Egypt and North African Affairs in the Bureau of Near Eastern Affairs.