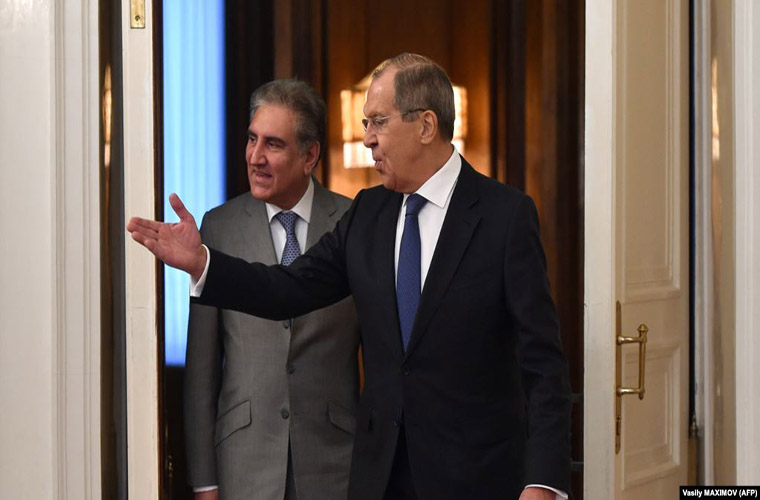 After that, Pakistan government media reported Pakistan and Russia have agreed to launch joint efforts for restoring peace in the region. It noted rising tensions between the United States and Iran.
Foreign Minister Shah Mahmood Qureshi and his Russian counterpart Sergei Lavrov discussed the overall situation in the region.
Specially, they also discussed issues relating to rising tension in Middle East.
Qureshi informed his Russian counterpart that an increase in tensions among the states could dent a severe blow to peace and stability in the region.
He said both sides have to show restraint in order to overcome the current escalated situation.
While reiterating Pakistan’s principled stance, he made it clear that Pakistan will neither become a party to any new conflict in the region. And nor will allow use of its land against any regional or neighbouring country.
The two Foreign Ministers also agreed to make joint efforts for regional peace.

Pakistan committed to play a positive role in reducing tensions between the United States and Iran.

Qureshi said this, while speaking in a meeting of National Assembly Standing Committee on Foreign Affairs in Islamabad today (Thursday).

Furthermore, he apprised them of his staying in contact with all key countries to de-escalate situation in the Middle East.

A fire broke out at a textile factory in SITE Area:Karachi