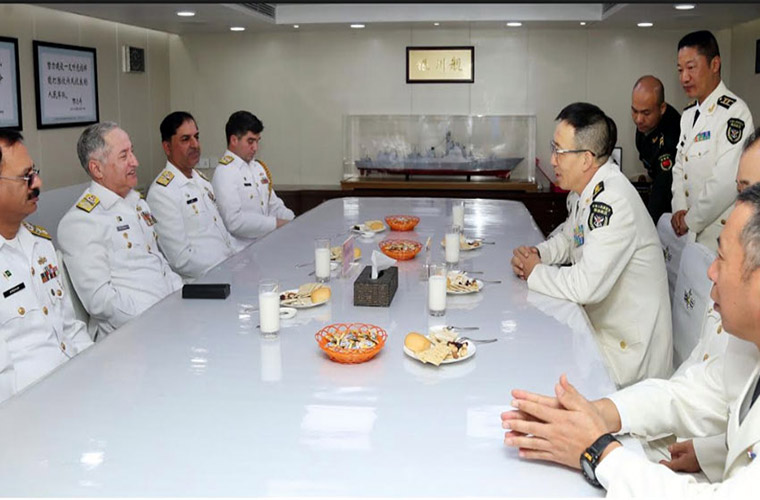 Furthermore, he discussed various issues with him.

Admiral Abbasi said the Sea Guardians-2020 is a manifestation of the long-term relationship of Pakistan and China.

While talking to him, he called the exercise as a manifestation of mutual trust of the two countries.

He said the joint exercise will further strengthen the two countries’ commitment to the region’s peace and stability.

He said Sea Guardians will usher into a new era of cooperation between navies of the two countries.

Besides, the exercise also aimed at naval cooperation between the two countries.

Moreover, he aid this bilateral exercise will also play a role in promotion of safe and stable maritime environment in the region.

Amendments in Companies Act 2017 approved to to facilitate startups