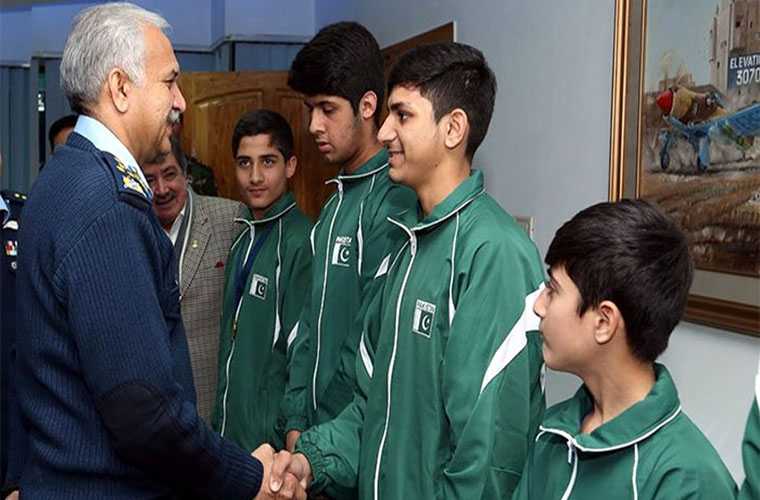 Specially, PAF chief awarded Rs500,000 cash prize to Hamza Khan who won the Under 15 Title.
Meanwhile, he interacting with players.
While talking to them, the Air Chief praised their performance.
He said nation is proud of our young Squash player Hamza Khan, who brought laurels to the country by winning the championship after 8 years.
Furthermore, he reiteratedf his appreciatiuon for the hard work the coaching staff did for providing international standard training and coaching facilities to the young players.
Pakistan Air Chief also lauded the efforts of Pakistan Squash Federation.
He noted its concerted efforts for bringing back the lost glory in the game of Squash.